Now, I'm all up for it, but this has got to be the film with the strangest cast ever: you already know that Ridley Scott is preparing EXODUS Biblical epic in which Christian Bale is set to play Moses while Australian actor Joel Edgerton will be the Egyptian pharoah Ramses II. 'Deadline' now reports that Ben Kingsley is negotiating to portray a Hebrew scholar, while John Turturro is set to play Seti, father of the Pharoah Ramses! To make things weirder Sigourney Weaver might play Ramses’ mother Tuya, while television star Aaron Paul is in talks to play Joshua, the Hebrew slave who leads the people into the promised land after Moses.


NEW SITCOM PILOTS!
DEADBEAT AND THURSDAYS
Networks are currently buying new sitcoms, and one of the new ones at NBC is THURSDAYS from Breckin Meyer. The story revolves around a group of male friends and a weekly Thursday guys dinner that has become a tradition in their busy, chaotic lives. Meanwhile, Hulu has ordered a ten episode comedy series DEADBEAT. The hilarious sitcom will focus on a hapless but gifted male medium who helps New York’s ghosts settle their unfinished business.
'THE AFFAIR' WITH DOMINIC WEST, JOSHUA JACKSON 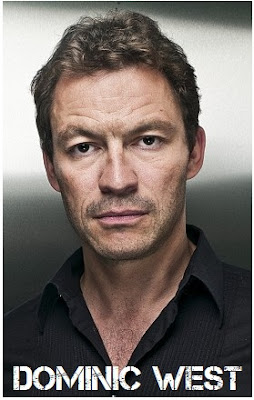 In the drama series department, Showtime is preparing THE AFFAIR an intense exploration of two marriages and an affair that disrupts them — with all of the complex consequences that result. It centers on Noah (Dominic West), a good husband and devoted father of four whose settled, comfortable world is about to implode when he meets Allison (Ruth Wilson) who he he thinks is his soul mate. Joshua Jackson plays Cole, a hard-edged cowboy married to Allison. Their emotionally charged marriage becomes even more complicated when Allison begins an affair with Noah! Maura Tirney plays Noah's wife. 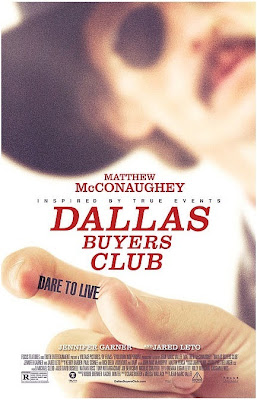 Woodroof, whose free-wheeling life was overturned in 1985 when he was diagnosed as HIV-positive and given 30 days to live. These were the early days of the AIDS epidemic, and the U.S. was divided over how to combat the virus. Ron, now shunned by many of his old friends, and bereft of government-approved effective medicines, decided to take matters in his own hands, tracking down alternative treatments from all over the world by means both legal and illegal. Bypassing the establishment, the entrepreneurial Woodroof joined forces with an unlikely band of outcasts - who he once would have shunned - and established a hugely successful buyers’ club. Their shared struggle for dignity and acceptance is a unique story of the transformative power of resilience!
Posted by DEZMOND at 11:59 PM