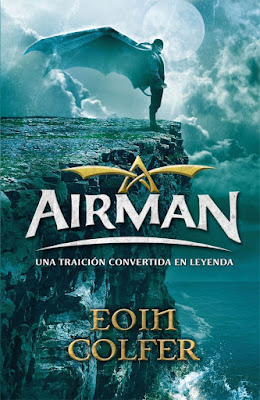 According to "MovieWeb" Ann Peacock has signed on to write the motion-capture fantasy adventure adaptation of the novel "Airman" for Disney and Robert Zemeckis' ImageMovers. Gil Kenan will direct the $150 million project.
Based on a book by Eoin Colfer, the story centers on Connor, a boy who lives on an island off the coast of Ireland, where his father is the king's bodyguard. When the king is murdered, Connor is blamed for the crime and thrown into prison where he passes the solitary months designing a flying machine that he will use to save his family.
Posted by DEZMOND at 9:17 PM