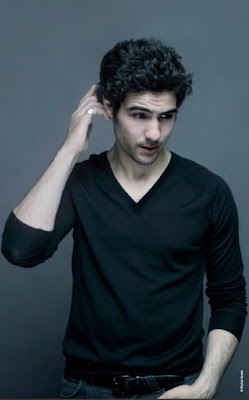 Young actor Tahar Rahim (who became more popular recently with his lead role in Jacques Audiard's "The Prophet", the Grand Prix winner of last spring's Cannes International Film Festival and France's official submission for the Academy Awards) has just joined the cast of Roman epic "The Eagle of the Ninth" which is currently shooting in Hungary. Rahim will portray the Gaelic-speaking Seal Prince, the fearsome leader of a band of warriors who pursue Marcus (Channing Tatum) and Esca (Jamie Bell) through the highlands when accompanied only by his British slave Esca Marcus sets out across Hadrian's Wall into the uncharted highlands of Caledonia - to confront its savage tribes and retrieve the lost legion's golden emblem, the Eagle of the Ninth. Donald Sutherland portrays Marcus' uncle Aquila, who has retired in Britain while Mark Strong is cast as Guern, an ex-soldier who holds crucial information about the Ninth.
Posted by DEZMOND at 10:58 PM