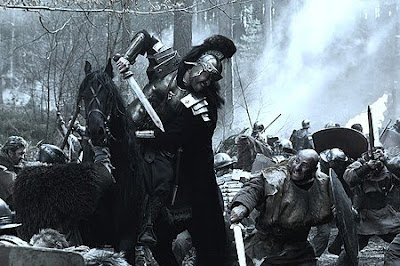 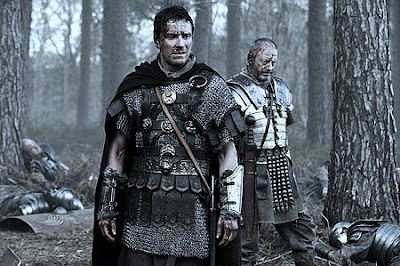 "Empire Magazine" has just published two new pictures from the upcoming Roman epic "Centurion", set in Britain in the 2nd century A.D. in which charismatic Michael Fassbender marches together with the famous 9th legion in order to wipe out the Picts from the face of the world after they've been raiding the Roman frontier for a long time. Fassbender is joined by Olga Kurylenko and Dominic West.
I must say I just love the bluish tone of this movie, it seems we'll sense the cold and grim atmosphere of the ancient Britain right through the big screen.
Posted by DEZMOND at 9:49 PM