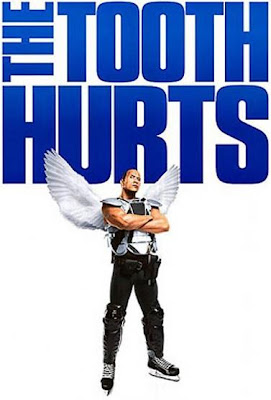 The exclusive new trailer for "The Tooth Fairy" is just in, and you can watch it over at my official You Tube channel.
This cute family flick follows Derek Thompson ( Dwayne Johnson), a hard-charging minor league hockey player. When Derek discourages a youngster's hopes, he's sentenced to one week's hard labor as a tooth fairy, complete with the requisite tutu, wings and magic wand. At first, Derek "can't handle the tooth" – bumbling and stumbling as he tries to furtively wing his way through strangers' homes…doing what tooth fairies do. But as Derek slowly adapts to his new position, he begins to rediscover his own forgotten dreams.
Beside Johnson, "The Tooth Fairy" also stars Ashley Judd, Julie Andrews, Billy Crystal ... If nothing else, at least we'll enjoy the wonderful and sexy combination of Dwayne and Ashley Judd playing a couple in this movie.