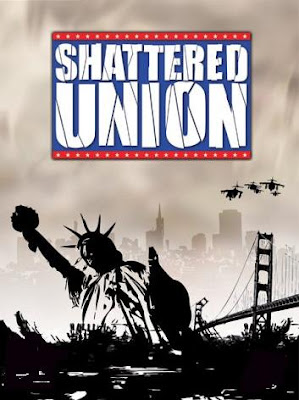 It seems that Jerry Bruckheimer has hired J. Michael Straczynski to adapt "Shattered Union" into a Disney movie.
According to "Variety", in the computer game the states secede from the U.S.A. and form their own governments that wage a civil war against each other after Washington D.C. is wiped out in a nuclear blast and chaos ravages the nation. Players control one of the warring group of states ( the California Commonwealth, Republic of Texas and New England Alliance are some of them ) or a European peacekeeping unit sent to reunify America.
Sounds interesting enough to me. Instead of going around the world and breaking and destroying other countries, it would be nice to see U.S.A. experiencing the taste of its own medicine. On the big screen, of course :)
Posted by DEZMOND at 10:35 PM