RACHEL WEISZ AND DARREN ARONOFSKY ARE OUR BEST CELEBRITY COUPLE 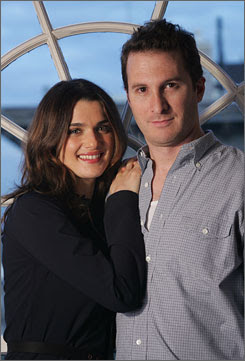 The winners of the last round of our Best Celebrity Couple Poll are Rachel and Darren. One of the most charming and lovable celebrity couples Rachel Weisz and Darren Aronofsky have been engaged for years now. Although he is a cult film director known for his edgy and imaginative movies, he won her over with a traditional romantic proposal on bended knee. He even rang Rachel's father to ask permission for her hand in marriage.Then he proposed to her in the middle of New York's Times Square after they've returned from filming "The Fountain" in Montreal, the movie which they did together. Both were raised in Jewish households (he is of Israeli and she's of Hungarian origin) and went to topnotch universities - she went to Cambridge and he studied at Harvard. She ensures her relationship with Darren stays strong by only accepting acting jobs close to where her filmmaker fiance is working. She gave birth to their son Henry in 2006.
The second place in our poll was taken by the newly wedded couple Claire Danes and Hugh Dancy, two of the most adorable Hollywood beings. They had just one vote less than the winners and they got married just few weeks ago in France. They've fallen in love while shooting "Evening" more than two years ago and kept their courtship low-key. 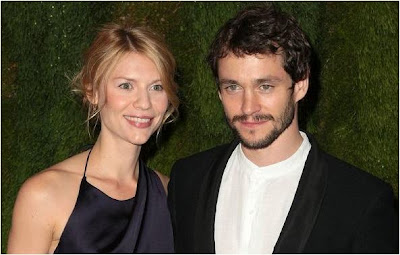