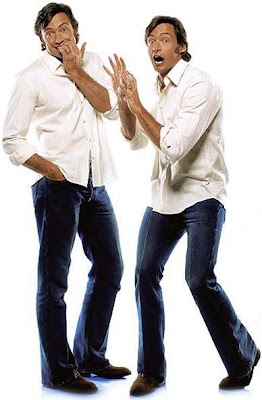 Although everybody loved him, and although he said he would do it again, Hugh Jackman will not host next year's Oscars.
According to "MovieWeb" "Jackman, who is currently starring in the Broadway play 'A Steady Rain' alongside Daniel Craig, had reportedly turned down the offer in the past few weeks. Jackman won't rule out ever hosting the awards gala again, but it was said that he didn't want to host the ceremony for two years in a row."
I guess now, the crazy race for the new host will start, but I'm not so optimistic. I personally didn't like De Generes, Stewart nor Steve Martin. But I did like Crystal and Goldberg.
Posted by DEZMOND at 9:27 PM