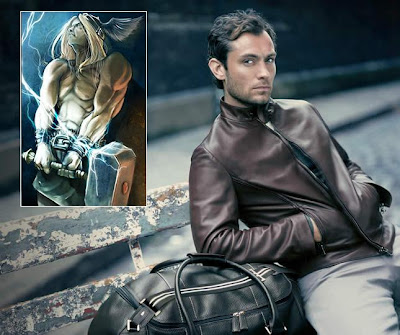 This is just a hot gossip, but it seems that Kenneth Branagh's "Thor" could finally get some cool actors in its cast. German actor Matthias Schweighofer, who is in the running for one of the roles, has accidentally revealed in an interview for German GQ that Jude Law and Robert De Niro have already joined the cast. The only problem is that nobody knows which roles are reserved for them, but if it's all true, it seems that after a whole line of obscure or not so interesting actors "Thor's" cast might get some real star power.
The guys from "First Showing net" think that De Niro might even play the mighty Odin himself.
Posted by DEZMOND at 6:41 PM