JASON MOMOA JOINS "A GAME OF THRONES" AS KHAL DROGO 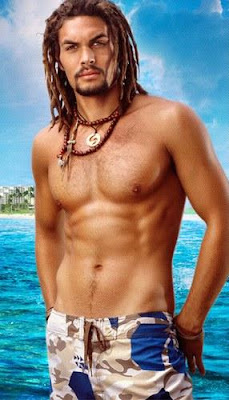 George R.R. Martin, the author of famous epic fantasy saga "A Game of Thrones" has just published in his blog that they've finally found an actor who will play the intrepid horselord, Khal Drogo of the Dothraki, in the upcoming HBO mini series. The search for the right Khal was exhaustive, and included auditions on four separate continents. As with several other parts, there were a lot of great readings, and the producers had several interesting choices. The final nod went to Jason Momoa, who is best known to television viewers for his roles on "Stargate Atlantis" and "Baywatch".
According to R.R. Martin Jason's auditions were terrific, displaying all the fierceness that Khal requires, but showing warmth and tenderness in the softer scenes as well.
"Khal Drogo was the last of the speaking roles to be filled, so the cast is now complete... until and unless the show gets picked up to series, when we'll start the process all over again to find Littlefinger, Varys, Ser Barristan, Renly, Loras, Hodor, Lord Tywin, and all the rest of our merry company", concludes Martin in his personal blog.
Posted by DEZMOND at 10:38 PM