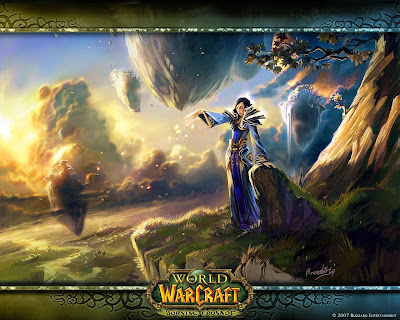 Sam Raimi has just revealed that "Saving Private Ryan" writer Robert Rodat will be writing the "Warcraft" script. Although it was believed that the movie will be an adaptation of the book "Arthas: Rise of the Lich King", it will actually be an original effort based in the universe of the popular online role-playing game, encompassing its lands, characters and storylines, but it won't necessarily be based on the original central characters.
According to Raimi "the hope is to properly capture the Horde and the Alliance and the mythology that takes place in the game, and the archetypes that the game presents. I think we would try and find touchstones within the game to make it accurate and true and choose one or some of the lands that are portrayed in the game with as much accuracy and authenticity as possible."
Posted by DEZMOND at 11:23 PM