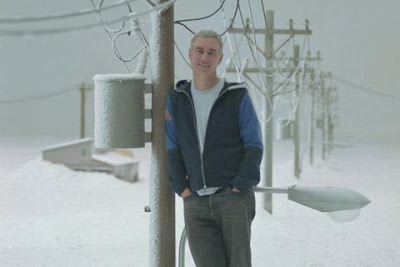 While promoting yet another of his apocalyptic blockbusters, "2012", director Roland Emmerich has shed some light on his upcoming projects. Beside doing an adaptation of Issac Asimov's book "Foundation" he'll also do a new project called "Anonymous", and according to "Movieweb" it will be his next picture. Believe it or not it's about William Shakespeare, and here's what he says about it:
"It's been eight years I've been trying to do this project. It was always supposed to be my next movie but this time I'm really doing it because I'm already set to shoot on March 22nd and I'm the casting process right now which for me is the most kind of nerve-racking because you have to make decisions. And I start shooting in four or five days the first plates in England. It's about how it came to be that William Shakespeare was not the author of his plays. It's not Christopher Marlowe, it's Edward de Vere, the 17th Earl of Oxford. It's kind of like a political thriller. It's about who will succeed Elizabeth and the cause of that thriller, the Essex Rebellion, and we learn how the plays were written by somebody else.
Posted by DEZMOND at 6:37 PM