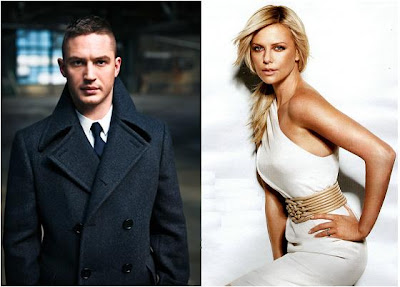 According to"E!Online" it seems that director George Miller wants Charlize Theron to be the female lead in the new installment of "Mad Max". Off course, the movie is being planned without Mel Gibson, with the leading male role reserved for one of my favourite young actors Tom Hardy ("The Virgin Queen", "Colditz", "Star Trek Nemesis"). He's done an amazing work in the gym recently, preparing for one of his new roles and his muscles are currently very scary, so he could fit nicely in any kind of sf action adventure.
There aren't any other news about the project since Miller is being very secretive about the roles and plot. The talent auditioning for the film have only been given a letter for their character's name. The studio has yet to sign off on Miller's choices, and no formal offers have been made.
So this is still just a rumor, but a nice one :)
And, speaking of Charlize Theron, in one of her recent interviews she said she wouldn't mind playing a Catwoman if Nolan should put her character in the new adventures of Batman.
Posted by DEZMOND at 11:03 PM