"THE SECRET HISTORY OF TOM TRUEHEART" JUMPS ONTO THE BIG SCREEN 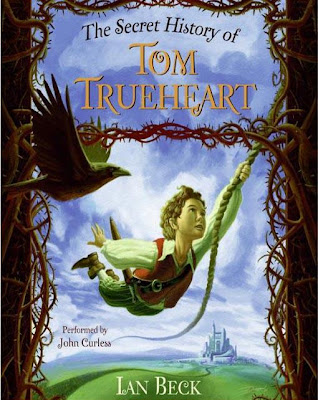 According to "The Hollywood Reporter" family adventure "The Secret History of Tom Trueheart", based on Ian Beck's young -adult novel, will be made into a film.
The book centers on Tom Trueheart, a timid boy, living in the shadow of his six brothers — all named Jack. These same six fabled, heroic Jacks who had carried out all of the toughest, scariest, and most romantic and exciting adventures which have happened so far in the Land of Stories. The 'Story Bureau' gives each of the same-named lads a 'beginning' and sends them off to complete the tales through their adventures. When the brothers fail to return home, the Bureau sends Tom a letter on the morning of his 12th birthday, summoning him to find his siblings. Through the third-person narrative that follows the various brothers, readers learn that the Jacks have been kidnapped by Julius Ormestone, the writer whose task is to create the Bureau's story openings and who is tired of the adventurers getting all the credit.
Ian Beck has incorporated humorous associations to many famous fairy tale characters like Snow White and the seven dwarfs, Cinderella, the frog-prince and Rapunzel and the whole story culminates in a final showdown at the giant's palace atop a beanstalk.
Posted by DEZMOND at 6:39 PM