In TV news today, ABC's midseason new historical series OF KINGS AND PROPHETS has added Jeanine Mason to the cast which is currently undergoing changes. The series is an epic Biblical saga of faith, ambition and betrayal as told through the eyes of a battle weary king, a powerful and resentful prophet and a resourceful young shepherd on a collision course with destiny. Jeanine Mason will play Merav, the eldest daughter of King Saul (Ray Winstone) and Queen Ahinoam (Simone Kessell), and sister of Michal (Maisie Richardson Sellers). Nathaniel Parker has recently joined the cast as Achish, the King of Philistia! A new director Michael Offer has been brought to reshoot the entire pilot episode! 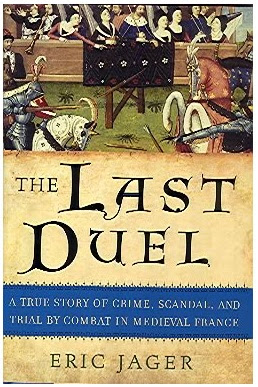 Speaking of epic news, 'Deadline' reports that Shaun Grant will adapt Eric Jager's historical novel THE LAST DUEL into a movie. The "Hunger Games: Mockingjay Part 2" helmer Francis Lawrence is attached to direct the true story of a duel in 1386 between knights Jean de Carrouges and Jacques Le Gris. It was the final duel sanctioned by the French government, ruled at the time by King Charles VI. by Peter Bogdanovich it features the interconnected personal lives of the cast and crew of a Broadway production. When established director Arnold Albertson (Owen Wilson) casts his call girl turned actress Isabella “Izzy” Patterson (Imogen Poots) in a new play to star alongside his wife Delta (Kathryn Hahn) and her ex-lover Seth Gilbert (Rhys Ifans), a zany love tangle forms with hilarious twists. Jennifer Aniston plays Izzy’s therapist Jane, who is consumed with her own failing relationship with Arnold’s playwright Joshua Fleet (Will Forte), who is also developing a crush on Izzy.
Posted by DEZMOND at 1:30 PM