As Deadline reports today our most favourite actress of all times, gorgeous and ultra talented Oscar winner and Australian thespian Cate Blanchett is to start directing for the small screens. She will helm STATELESS immigration TV series based on shocking real events around the tragic story of Cornelia Rau, a young German Australian woman who escaped a frightening cult only to be trapped in a bizarre labyrinth of Australian psychiatric and legal systems. Cate Blanchett has directed a number of plays in Australia together with her husband and is also planning to direct a movie. She will play a lesbian lady in period set movie CAROL this December, then a news anchor in TRUTH next to Topher Grace and Robert Redford, and in 2017 she will lend her voice to snake Kaa in the live action version of JUNGLE BOOK with Christian Bale and Benedict Cumberbatch.


'ZELDA' AMAZON SERIES
GAVIN STENHOUSE IS SCOTT FITZGERALD WITH CHRISTINA RICCI AS HIS WIFE
In other television news, Amazon has found their lead actor for period set series pilot ZELDA in young Gavin Stenhouse who will 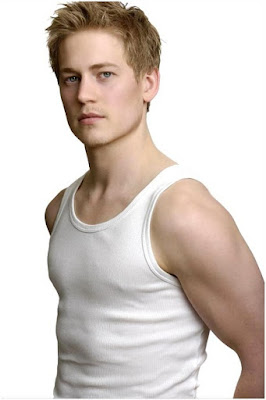 play F. Scott Fitzgerald next to Christina Ricci who is playing the title role of his insane wife. The series will focus on the wife of the famous writer of THE GREAT GATSBY. She was an embodiment of the 1920s lifestyle that revolved around drinking, jazz and defying traditional culture! She was also a writer, working on essays for magazines, short stories and she penned her own novel "Save Me the Waltz." Because of her schizophrenia and mental instability she spent last years of her life in mental hospitals and she died burnt alive when one of them caught fire while she was locked in it.


'MOTHER'S DAY' MOVIE
WITH JENNIFER ANISTON, KATE HUDSON, JASON SUDEIKIS
Meanwhile, as it is now a custom at least once each year, we are getting a romantic star studded omnibus movie in 2016 as well! As 'Deadline' writes today, Open Road Films has picked up American rights to Garry Marshall’s MOTHER'S DAY, the latest in the director’s holiday movie series which includes NEW YEAR'S EVE and VALENTINE'S DAY. The film, which has an ensemble cast including Jennifer Aniston, Kate Hudson, Jason Sudeikis, Julia Roberts, follows the lives of several mothers leading up to the title holiday! The movie will be released at the end of next April. We might expect new names in the cast announced soon since shooting begins next month in Atlanta.
Posted by DEZMOND at 1:30 PM