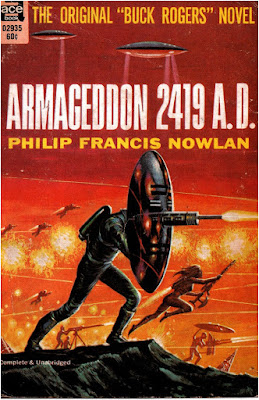 Two sf book movie adaptations for you today, starting with news coming from 'Deadline' that film will be made out of classic sf story ARMAGEDON 2419 AD by Philip Francis Nowlan, an adventure about Buck Rogers, who, while investigating a mysterious gas leak and then getting trapped, is held in suspended animation, where he survives for just short of 500 years. He awakens on an Earth that is caught in a futuristic civil war, with the remnants of the United States battling both futuristic Soviets and Mongolians. The film will be set in a more advanced future than the one in the 1920's novel. 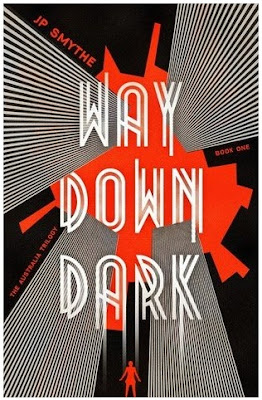 Meanwhile, James Smythe's brand new novel WAY DOWN DARK (if you ask me, the ugliest cover I've ever seen and I've seen them as ugly as they come) will also be turned into a movie. It is the first book in a planned trilogy about people stuck on a spaceship called Australia who are looking for an inhabitable planet. The large ship is a maze of gangs, violence and a struggle to survive.The YA story is told from the viewpoint of a 17 year old girl named Chan who tries to find a way to escape this dark world and save people.


'SUFFRAGETTE' POSTERS
WITH MERYL STREEP AND HELENA BONHAM CARTER
And today you can also check out first character posters from powerful historical drama which opens this year's London Film Festival and hits cinemas in October. SUFFRAGETTE follows the women who were 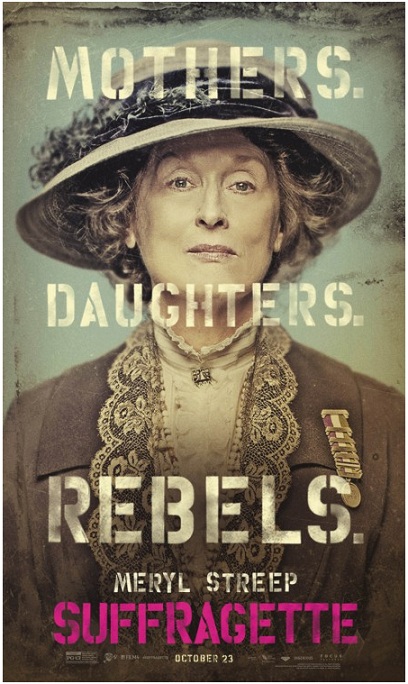 willing to lose everything in their fight for equality in early 20th century Britain. Maud (Carey Mulligan) is a working wife and mother whose 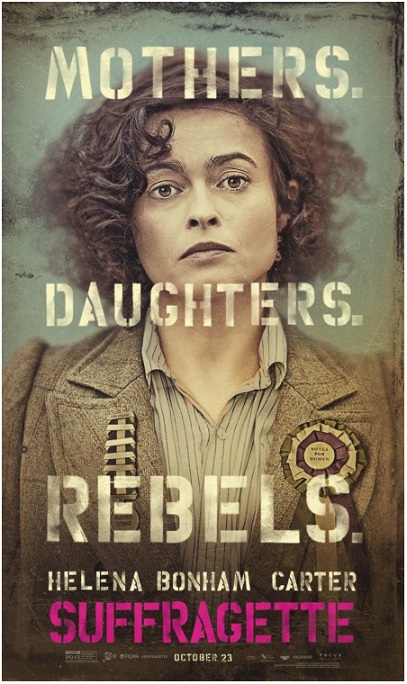 life is forever changed when she is secretly recruited to join the U.K.'s growing suffragette movement. Galvanized by the outlaw fugitive 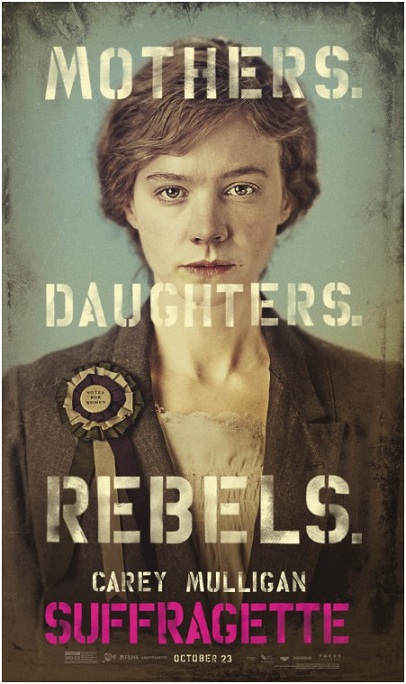 Emmeline Pankhurst (Meryl Streep), Maud becomes an activist for the cause alongside women from all walks of life. Helena Bonham Carter, Brendan Gleeson and Ben Whishaw also star.
Posted by DEZMOND at 1:30 PM