'MONSTER HUNT' TRAILER
FOR THE NEW EPIC ADVENTURE
Just two new Asian movie trailers for you this monotonous beginning of the week, starting with probably one of the craziest trailers you will ever see because in it a man is giving birth to some kind of ... well, monster I guess. MONSTER HUNT is a $40 million action adventure fantasy movie opening next week in China and starring Eric Tsang, Tang Wei and Wallace Chung.
Directed by Raman Hui who worked at Dreamworks on SHREK movies, MONSTER HUNT fantasy comedy is set in a fantasy world far, far away, where monsters ruled the land before humans came and started the war. In its final days, they outwitted the monsters and succeeded in 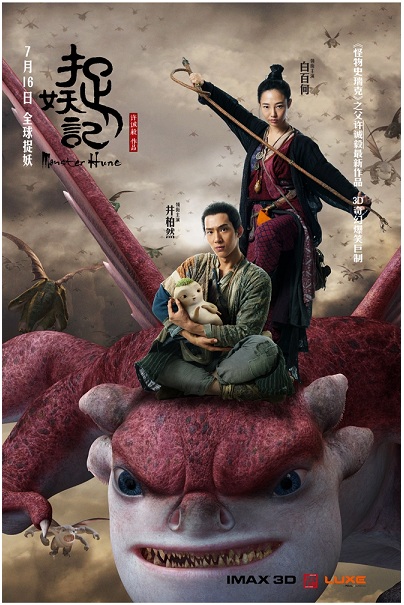 driving them into the dark mountains. Ever since, monsters have been forbidden to step into the land again. For all these years, the two races have lived in their separate worlds, until the birth of Hu Ba, the young kind hearted king of the monsters who will try to make peace between the world of humans and the world of the monster!

'THE ASSASSIN' TRAILER
FROM CANNES WINNING DIRECTOR HOU HSIAO HSIEN
A month or two ago I showed you first photos and a clip from new sprawling movie THE ASSASSIN and now we have the first trailer. 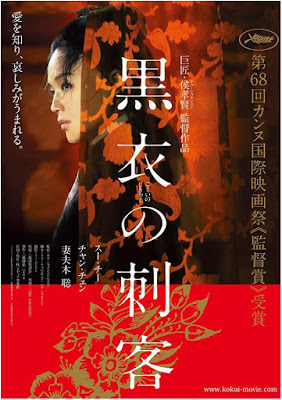 It is directed by Hou Hsiao Hsien who was awarded at Cannes Film Festival this year. The film is set during the mighty Tang Dynasty period in Chinese history. Qi Shu is Nie Yinniang who returns to family after several years in exile. The mission of her order is to eliminate the tyranny of the Governors who avoid the authority of the Emperor. Now she will have to choose between sacrificing the man she loves, or break definitively with the "order of the Assassins".
Posted by DEZMOND at 2:00 PM