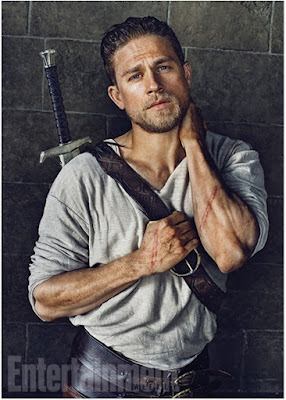 Today you can feast your eyes on the first photos of Charlie Hunnam as King Arthur from Guy Ritchie's medieval epic KNIGHTS OF THE ROUND TABLE which 'Entertainment Weekly' has put on their new cover. We can't really call it a movie on the famous legend, because they're quite shamelessly twisting it with Arthur being orphaned as an infant and raised by three prostitutes in the 5th century version of London, turning him into a street wise man 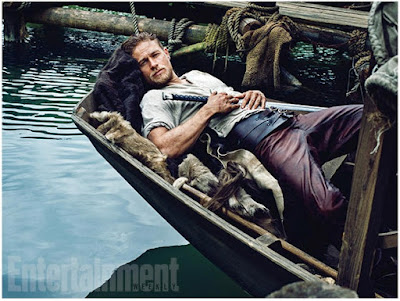 who looks after the people living in his tiny corner of the world and rebels against a nasty tyrant! 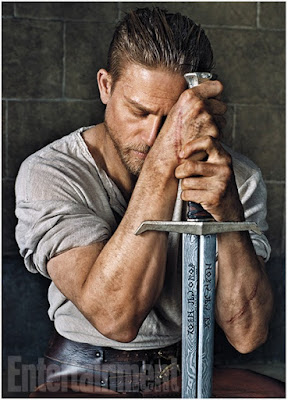 The movie, which will have fantastic elements too including massive snakes, war elephants and a Viking-like monster known as The Nemesis, and is scheduled to come out July 2016, also stars Jude Law as the main villain dictator Vortigern, the man who murdered Arthur's parents and stole his crown to become king. The movie, envisioned as the first part of the potential six movies franchise, will see Astrid Berges Frisbey playing a shadowy young woman named Guinevere. Eric Bana is Arthur's father King Uther 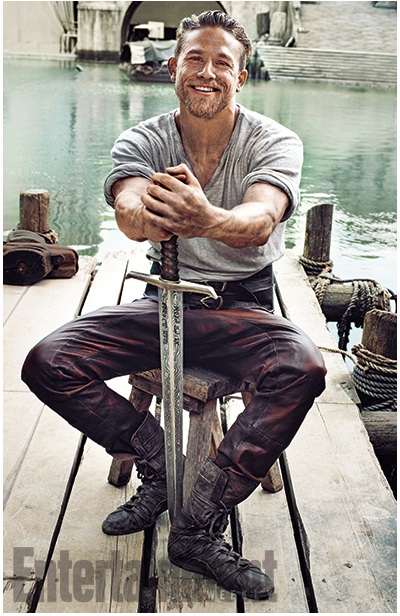 Pendragon, while Djimon Hounsou is Bedivere, the man who teaches Arthur how to become a ruler. Annabelle Wallis and Katie McGrath, who played English royals on the telly, in TUDORS and MERLIN, will also star in the movie. If I got it right, soccer star David Beckham is also supposed to appear in the movie.


OLD CASTING CHOICES
It is interesting that over the years of planning, KNIGHTS OF THE ROUND TABLE: KING ARTHUR movie has changed tons of actors: originally Kit Harington was supposed to play Arthur with Joel 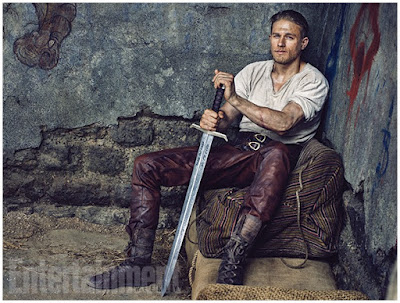 Kinnaman as Lancelot, then Colin Farrel was meant as the lead actor with Gary Oldman as Merlin. Luke Evans and Karl Urban were also mentioned at some point as well as Alicia Vikander as 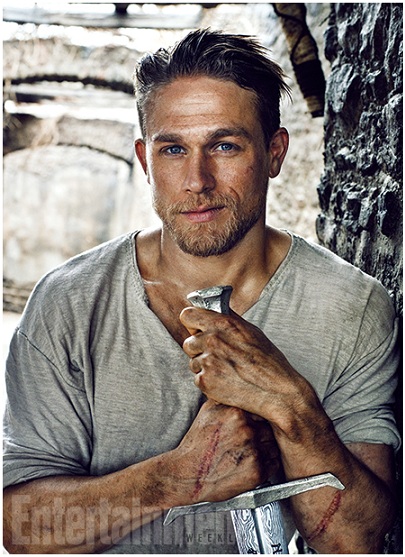 Guinevere and Elizabeth Olsen too. Idris Elba was rumoured for Merlin, while both Henry Cavill and Jai Courtney even auditioned and had reading tests!
Posted by DEZMOND at 1:20 PM