THE FAMILY SHAKESPEARE
NEW HISTORICAL MINI SERIES
Now don't you just love two rival projects on the big or small screens? Because we shall be seeing double Shakespeare on the telly next year! Beside TNT and TBS' historical series WILL which will give a hip twist

to the story of the Elizabethan bard, we are now also getting THE FAMILY SHAKESPEARE six part mini series written by Oscar winner Shane Connaughton (MY LEFT FOOT)!
WILL'S STORY
The story follows William Shakespeare as he moves from Stratford to London in 1585 and is plunged into the exciting, sometimes vicious world of the city, including the court of King James. The Southbank is home to the theatre, brothels, bear baiting pits and surrounded by the skulduggery of both the upper and lower classes. Here Essex and Southampton, Shakespeare’s benefactors, plot to overthrow Queen Elizabeth. It is a difficult balance and parallels the struggles being faced in Stratford, where the Catholic religion is outlawed, theatre is banned, and the Puritans have taken over. Shakespeare’s wife, Anne Hathaway, narrowly escapes the wrath of Stratford for amassing and storing crops as she independently creates wealth to support her husband’s rise to prominence. His only son, Hamlet, dies at age 11. Despite these challenges, Shakespeare remains firmly rooted in both worlds and becomes one of the most important writers ever. 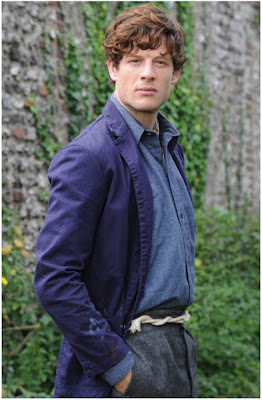 Meanwhile, BBC has released first trailer and new photos from their spicy new mini series LIFE IN SQUARES. Guys over at 'Daily Mail' report that the first episode has 6 sex scenes with  James Norton going naughty with three different men. Such delight! The series describes fraught relationship between painter Vanessa Bell and her sister Virginia Woolf, alongside Vanessa’s complicated alliance with gay artist Duncan Grant. Together they, and their group of like minded friends, navigate their way through love, sex and artistic life in the first half of the 20th century, a

time in which they legendarily ‘lived in squares, painted in circles and loved in triangles’.
LOVE IN TRIANGLES
We meet the Stephen sisters in 1905 as Vanessa (Phoebe Fox) and Virginia (Lydia Leonard), struggle to escape the stuffiness of Victorian England. They begin to forge a life of bohemian freedom, in which their 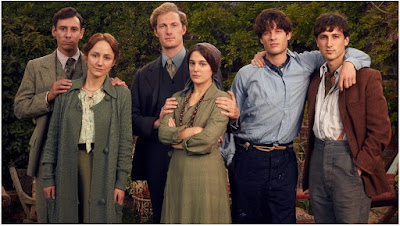 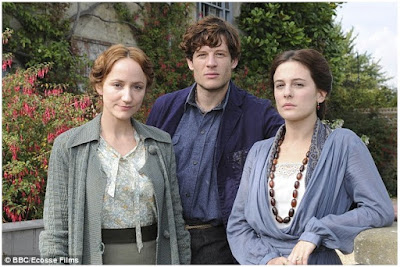 to make the world to their own design, the group suffers growing pains as friendship turns to many kinds of love, in many combinations. Later in the 1930s, the drama follows the older Vanessa and Virginia (Eve 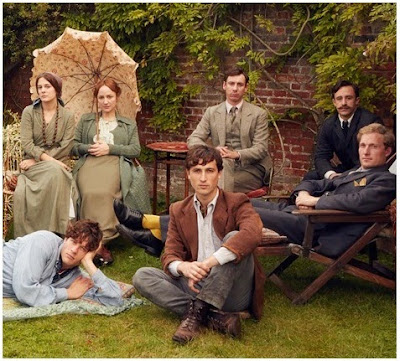 Best and Catherine McCormack), as they settle into marriage and creative success. But as war looms once again, Virginia’s mental anguish returns, though her love for her sister never wavers. And Vanessa is forced to confront, through the pain of many losses, the success or failure of her extraordinary experiments in living.