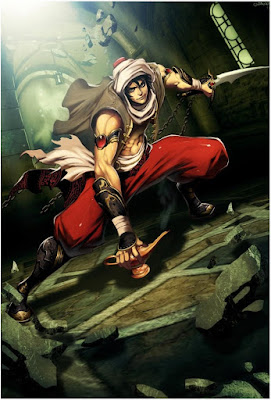 The news of the day is that Disney is preparing ALADDIN prequel movie titled GENIES in order to set the ground for the live action ALADDIN movie which would happen after GENIES. While ALADDIN was an adaptation of ancient Arabic folk tale about a lowly street kid who finds a magical lamp with a wish granting genie the prequel GENIES would be set in the world of those magical creatures, describing how Aladdin's genie ended up in the magical lamp. As I've reported before BEAUTY AND THE BEAST and MULAN are also getting live action versions! 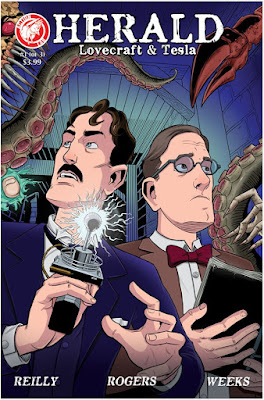 BECOME TV SERIES
Speaking of adaptations, comic book series HERALD will be turned into a television series! Coming from writer John Reilly, and artists Tom Rogers and Dexter Weeks, the comic book to be turned into small screen show brings an alternate universe story in which a time travelling legendary Serbian scientist Nikola Tesla teams up with famous writer H.P. Lovecraft and other historical characters to save the world from various cosmic horrors.
'EMPIRE' PROMO POSTER
You can also check out the promo art for the second season of Fox's hit show EMPIRE showing Taraji P. Henson (who got nominated for

Emmy today for this role) and Terrence Howard on their Lion family thrones. The show returns September 23rd! 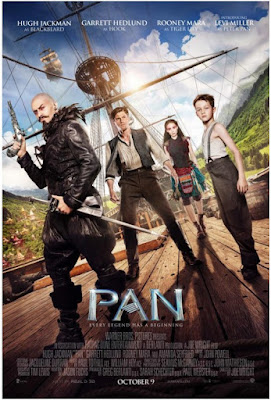 who is whisked away from the orphanage and spirited off to a fantastical world of pirates and fairies called Neverland. There, he finds amazing adventures and fights battles while trying to uncover the secret of his mother, who left him at the orphanage so long ago, and his rightful place in this magical land. Teamed with the warrior Tiger Lily (Rooney Mara) and a new friend named James Hook (Garrett Hedlund), Peter must defeat the ruthless pirate Blackbeard (Hugh Jackman) to save Neverland and discover his true destiny - to become the hero who will forever be known as Peter Pan!
Posted by DEZMOND at 1:20 PM