'TUTANKHAMUN' EPIC SERIES
ON THE DISCOVERY OF HIS TOMB

While we are anxiously awaiting to see the premiere of TUT three part mini series at Spike on July 19th, over across the ocean, British ITV has announced the work on four part mini series TUTANKHAMUN, but unlike TUT, which deals with the Pharaoh himself, this one will bring the true story of how Howard Carter came to discover the tomb of Ancient Egypt's boy-king. The story will begin in 1905 as he leads an expedition to find lost treasures in Egypt's Valley of the Kings. However, he finds himself living rough when his license to dig is revoked, and he is forced to sell his previous finds in order to survive. An unlikely friendship with a British aristocrat named Lord Carnavon brings Carter back to archaeology, and helps him make one of the most significant discoveries of the modern age. Peter Webber (GIRL WITH A PEARL EARING) is directing! 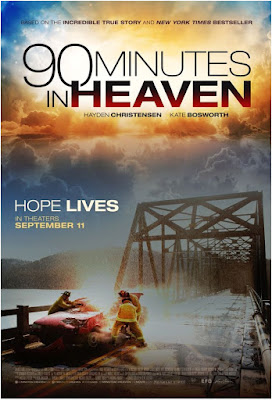 11th! Don Piper (Hayden Christensen) died in 1989, when a truck crushed his car. Declared dead by the first rescue workers to arrive on the scene, Don’s body lay under a tarp for the next 90 minutes. Don’s soul, meanwhile, was experiencing love, joy and life like he’d never known before. Don was in Heaven. When another pastor’s prayers helped bring Don back to life, he became a living miracle! Yet this is one miracle Don wished never happened. Heaven’s bliss was replaced by excruciating pain and emotional turmoil. With the support of his beloved Eva (Kate Bosworth), their three kids and friends near and far, Don fights to regain a semblance of his previous life. 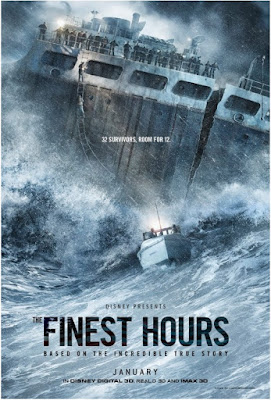 will release next January.  In February of 1952, one of the worst storms to ever hit the East Coast struck New England, damaging an oil tanker off the coast of Cape Cod and literally ripping it in half. On a small lifeboat faced with frigid temperatures and 70-foot high waves, four members of the Coast Guard set out to rescue the more than 30 stranded sailors trapped aboard the rapidly-sinking vessel. Eric Bana, Ben Foster, Holliday Grainger, Graham McTavish and Cassey Affleck are also in the star studded cast!
Posted by DEZMOND at 1:30 PM