DELIGHTFUL 'LOVE, ROSIE'
IT IS NEVER TOO LATE TO FALL FOR YOUR BEST MATE
If you're in the mood for some love movies this Valentines you will be sad to hear there won't be many of those in cinemas next month, but today 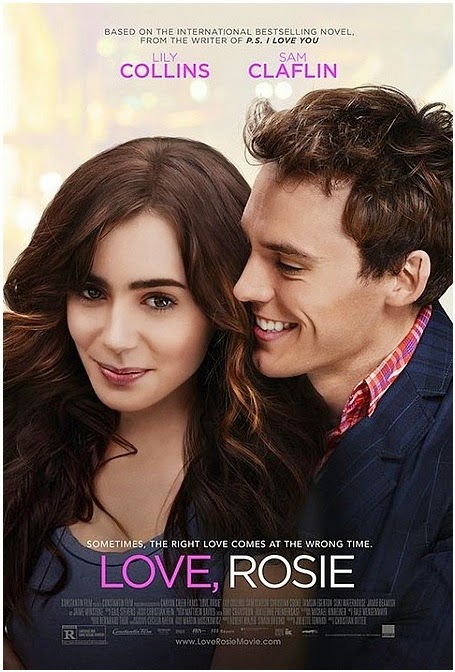 we're spotlighting the few of them that are arriving next few weeks!
Opening February 6th is our fave among them, the sweet and delightful romantic story LOVE, ROSIE with adorable tandem Lily Collins and Sam Claflin as two best friends who decide to go to America together to attend University. But fate has other plans for Rosie who discovers that she is pregnant after a crazy night out with the most popular boy in school. She encourages Alex to go without her, hopeful that she’ll catch up with him eventually. Over the next twelve years, their lives change dramatically but the undeniable connection 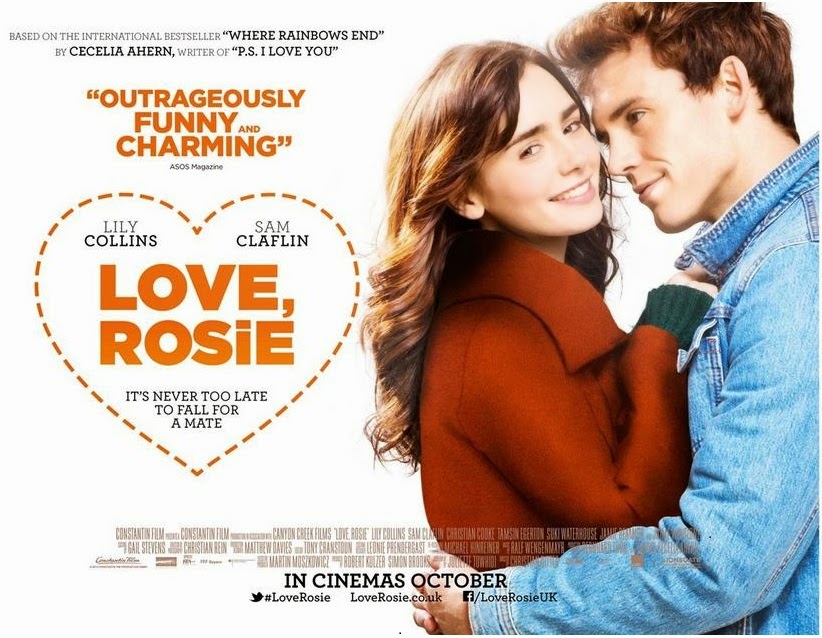 remains. At the back of Rosie’s mind is always the question, what if fortune had taken another turn and they were meant to be more than just good friends. When ultimately presented with the opportunity, will they gamble everything for the chance to be together?

HUGH GRANT'S 'THE REWRITE'
FUNNY COMEDY ABOUT GETTING ON THE SAME PAGE
Another romantic comedy that finally hits theatres next month is Hugh Grant's new movie THE REWRITE premiering February 13th! In 1998, 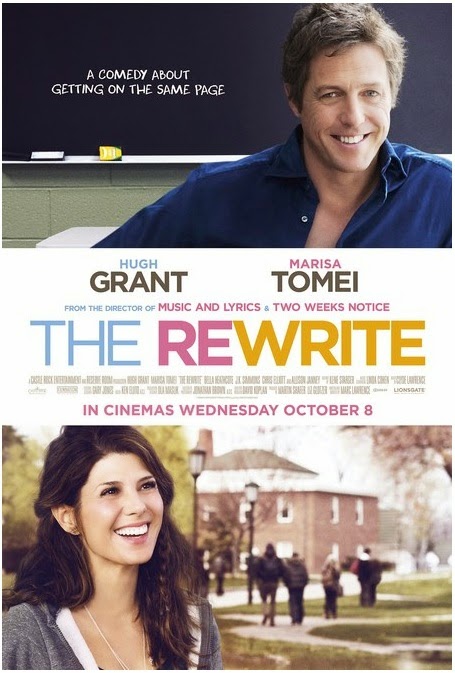 Ray Michaels (Hugh Grant) was on top of the world - a witty, sexy, Englishman in Hollywood who had just won an Academy Award for Best Screenplay. Fifteen years later, he’s creatively washed up, divorced, and broke. With no other options, he takes a job teaching screenwriting at a small college on the East Coast. Although the idea of teaching is less than thrilling, he hopes to make some easy money and enjoy the favours of impressionable young co-eds. What he doesn't expect to find is romance with a single mom (Marisa Tomei) who’s gone back to school. 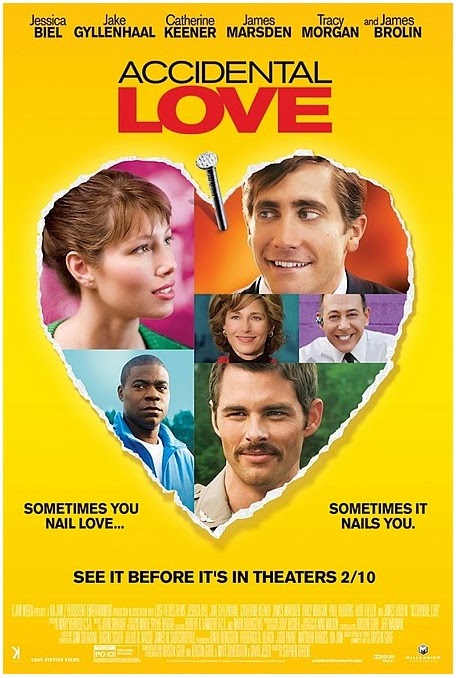 the novel 'Sammy's Hill' by Kristin Gore ACCIDENTAL LOVE follows Sammy Joyce, a socially awkward small-town receptionist, who has a nail accidentally shot into her head by a clumsy workman, eliciting wild sexual urges. The uninsured Joyce goes on a crusade to Washington to fight for the rights of the bizarrely injured. She meets an immoral congressman (Jake Gyllenhaal) who takes advantage of her sex drive and capitalizes on her crusade as Joyce heads into her own career in politics.
Posted by DEZMOND at 1:30 PM