'THE LOFT' CAUSES PARANOIA
IN KARL URBAN, JAMES MARSDEN AND WENTWORTH MILLER
Today I'm reminding you of four films that are coming to cinemas this month, starting with THE LOFT which opens January 23rd with a hunky cast lead by 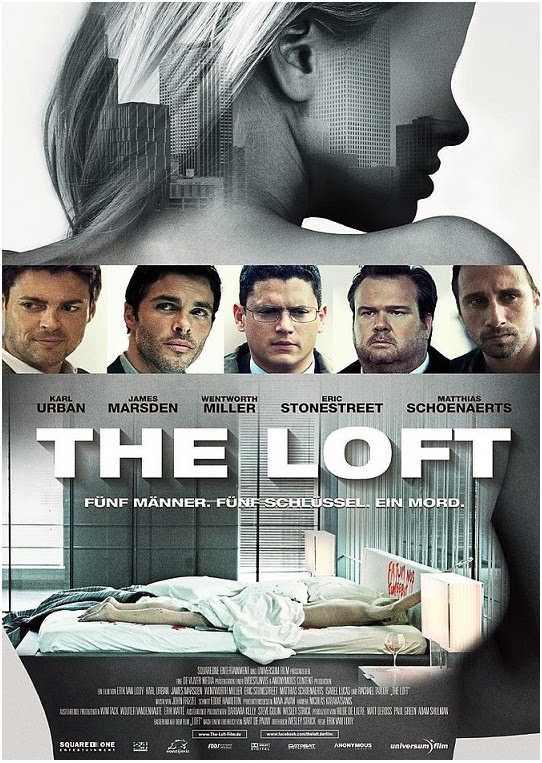 Karl Urban, Wentworth Miller and James Marsden in the story of five married guys who conspire to secretly share a penthouse loft in the city, a place where they can carry out hidden affairs and indulge in their deepest fantasies. But the fantasy becomes a nightmare when they discover the dead body of an unknown woman in THE LOFT, and they realize one of the group must be involved. Paranoia seizes them as everyone begins to suspect one another. Friendships are tested, loyalties are questioned and marriages crumble as the group is consumed by fear, suspicion and murder in this relentless thriller. Matthias Schoenaerts and Rhona Mitra also star. 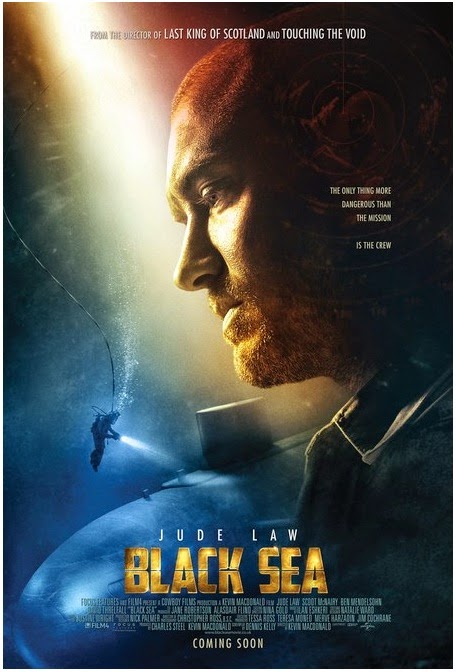 Coming out the same date is Jude Law's BLACK SEA suspenseful adventure thriller directed by Academy Award winner Kevin Macdonald, centring on a rogue submarine captain (two-time Academy Award nominee Jude Law) who pulls together a misfit crew to go after a sunken treasure rumoured to be lost in the depths of the BLACK SEA. As greed and desperation take control onboard their claustrophobic vessel, the increasing uncertainty of the mission causes the men to turn on each other to fight for their own survival.

ADVENTURE AWAITS IN
TAKING OF THE TIGER MOUNTAIN
Suspense will also be seen this January in THE TAKING OF TIGER MOUNTAIN Chinese epic directed by legendary Tsui Hark! This magnificent 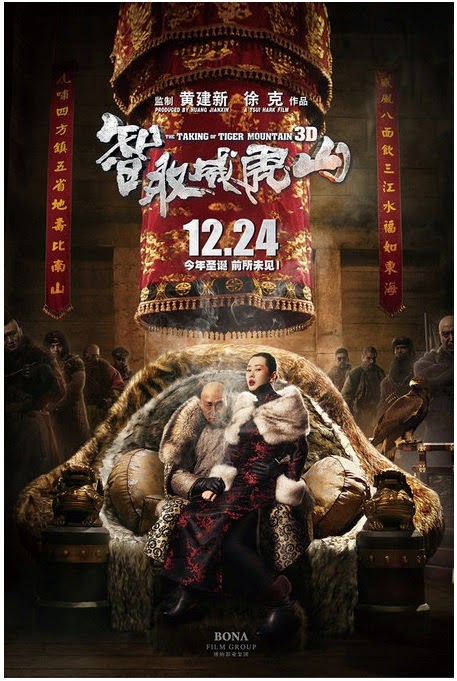 3D epic has the story based on Qu Bo's novel which describes a true event from Chinese history focusing on a communist soldier who went deep undercover amongst a gang of remote bandits in order to take them down from within. The cast includes Zhang Hangyu, Han Geng, Lin Gengxin and Tong Liya. Check out the extremely captivating and mindblowingly stunning trailer below showing the enchanting wintery setting of the movie! The novel has also been turned into a  very popular Beijing opera!

GEORGE LUCAS UNLEASHES
SOME 'STRANGE MAGIC'
If you're for something more relaxing and fun, animated adventure STRANGE MAGIC written by George Lucas will also open in the last week of the month!  Popular songs from the past six decades 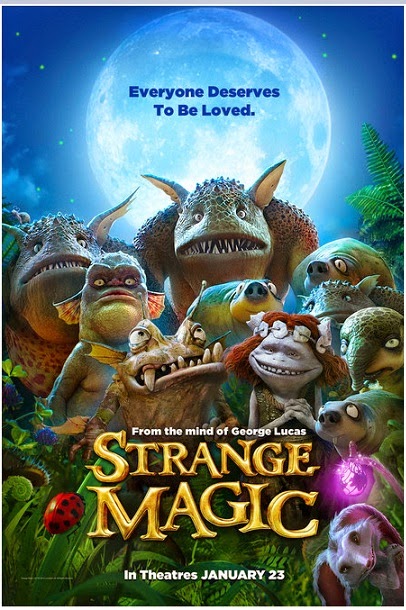 help tell the tale of a colourful cast of goblins, elves, fairies and imps, and their hilarious misadventures sparked by the battle over a powerful potion.