A few months ago I've told you that British ITV is planning a new JEKYLL AND HYDE TV series and now the cast has been officially announced: the ten episode adventure drama will star Tom Bateman (Da Vinci's Demons), Richard E. Grant and Natalie Gumede. In the series set in 1930s London and focusing on the grandson of the doctor featured in the classic story, Bateman will portray the role of Robert Jekyll, Grant will play Sir Roger Bulstrode who heads the secret government department M10, and Gumede will star as Bella who is in a love triangle with them. Dr Jekyll is a young, sensitive and naïve man of intellect and morality, well meaning and somewhat repressed. He transforms into Hyde in moments of extreme anger, stress and when his or the lives of others are threatened. And Hyde is a totally different person: a superhero with super powers, great strength, speed and invulnerability. He is confident, and risk-taking.

after receiving Emmy and Globe nomination for the role in THE NORMAL HEART. At his prime, Clift rivalled Marlon Brando and James Dean as Hollywood’s biggest male stars! Clift also was the first Hollywood actor to refuse to sign a studio contract, choosing independence instead. His matinee idol good looks were destroyed by a devastating car accident that left him with a broken nose and partially paralysed face. Though he continued to make movies, the accident haunted him until his death, even though he received an Oscar nomination, his fourth, for one of his last performances in 'Judgment At Nuremberg'. He also struggled with his sexual orientation and resorted to alcohol and drug addition following the accident.


'THE VOICES' BIZARRE TRAILER
RYAN REYNOLDS AND HIS MURDEROUS PETS 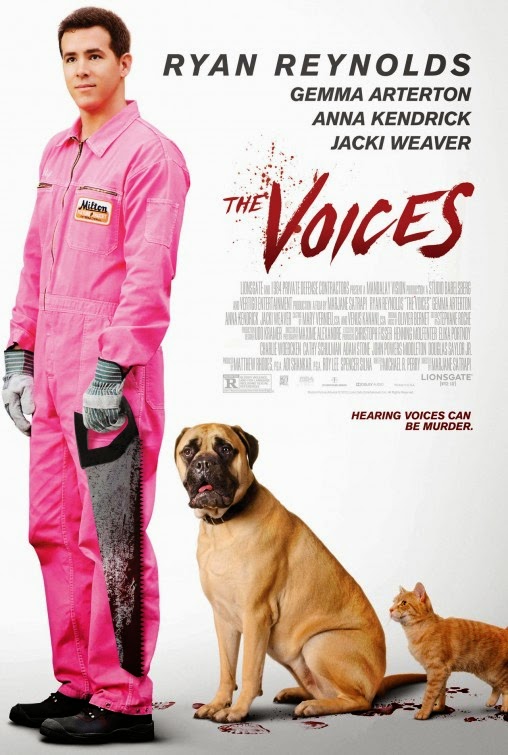 Your trailer for today is the first one for Ryan Reynolds' bizarre movie THE VOICES which is out next month with Ryan playing Jerry, a seemingly normal man trying to succeed in his new job at the Milton Bathtub Factory. He lives in a normal apartment with his dog, Bosco, and his cat, Mr. Whiskers. Yet something seems off. As the new guy at work, Jerry is asked to help plan the company picnic, and he meets Fiona, an attractive English girl from accounting. Jerry immediately takes a liking to Fiona and excitedly goes home to tell his pets about her. And surprisingly, they answer. But all this is just the beginning of an insanely bizarre and twisted tale.
Posted by DEZMOND at 2:30 PM