Beside shinning at the theatres, Hugh Jackman has just added another new big screen role. As 'The Daily Mail' writes, he will star in Olympic biopic EDDIE THE EAGLE the true story of Eddie "The Eagle" Edwards, the first British ski jumper in Olympic history. Although he took last place in both of his ski jumping events at the 1988 Winter Olympics in Calgary, EDDIE THE EAGLE Edwards became a media sensation. Hugh Jackman will play Chuck Berghorn, a ski jumping expert from Lake Placid who helps Eddie train for the Calgary Olympics, while Taron Egerton has won the lead role in a competitive audition with other young stars. Timothy Spall is wanted for the role of his father. Hugh has two big blockbusters out this year: CHAPPIE and PAN!


'NOBODY WANTS NIGHT' TRAILER
JULIETTE BINOCHE IN POLAR PERIOD SET ADVENTURE DRAMA
First trailer for today is for freezing polar winter set period drama NOBODY WANTS THE NIGHT which will open Berlin Film Festival next month! Set in 1908 Greenland, it is based on the true story of Arctic adventurer Robert Peary (Gabriel Byrne) and the two women - Josephine Peary (Juliette Binoche) and Allaka (Rinko Kikuchi) - who love him. They find themselves drawn together as they await his return on a frozen and inhospitable landscape. 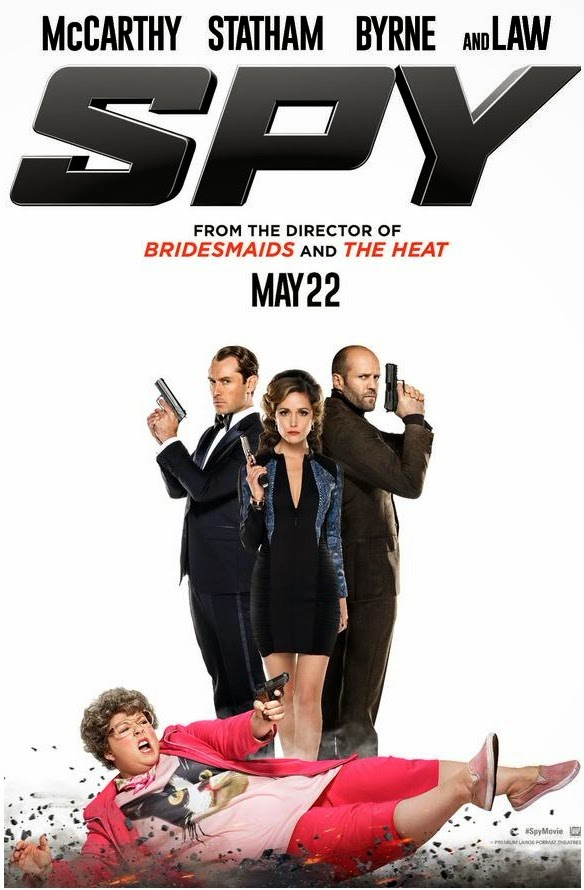 Your second trailer for today has the strangest of combinations: Melissa McCarthy and Jason Statham in SPY action adventure comedy which comes to cinemas next May also starring Jude Law, Rose Byrne and Morena Baccarin! Susan Cooper (Melissa McCarthy) is an unassuming, deskbound CIA analyst, and the unsung hero behind the Agency's most dangerous missions. But when her partner (Jude Law) falls off the grid and another top agent (Jason Statham) is compromised, she volunteers to go deep undercover to infiltrate the world of a deadly arms dealer, and prevent a global disaster.
Posted by DEZMOND at 2:30 PM