KEANU REEVES
IN SF PASSANGERS
While we're waiting to see the first trailer for his Asian set epic movie 47 RONIN Keanu Reeves has found himself another acting gig: according to "Deadline" he will take the lead role in science fiction thriller PASSENGERS which will be directed by GAME OF THRONES' Brian Kirk. The story of the film follows a traveller who is the only person to awake on a spacecraft taking humans to a distant colony. After he suddenly wakes up 90 years earlier than the others due to a technical breakdown in his sleep chamber and faced with the prospect of growing old and dying alone, he eventually decides to wake up a second passenger, marking the beginning of what becomes a unique love story.


EPIC FILMS
PIPPIN & TIBET CODE
In the news from the epic genre today, "Deadline" also reports that Weinstein Co. is preparing a movie adaptation of historical musical
PIPPIN! The historical movie will be set in early Middle Ages bringing the story about the son of King Charlemagne and his attempt to find his place in the world. Speaking of epic, Dreamworks' Jeffrey Katzenberg has announced work on TIBET CODE an Indiana Jones style adventure based on a series of Chinese novels set in 9th century Tibet.
TAYLOR KINNEY
THE OTHER WOMAN

And it seems that Fox has found their man for THE OTHER WOMAN! I've reported before that Nick Cassavettes will helm the story  about two women  who discover that they're sleeping with the same guy so they decide to plot an interesting revenge. The women will be played by Cameron Diaz and Leslie Mann with CHICAGO FIRE's superhunk Taylor Kinney now in talks to play  the man. In his private life he is the man of Lady Gaga. The cast of the film also has Nikolaj Coster Waldau from GAME OF THRONES! 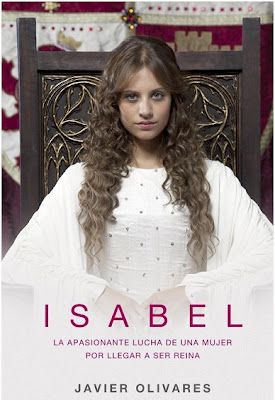 ISABEL
EPIC SERIES
And since your trusted HOLLYWOOD SPY is one of web's leading places for all films and shows of historical genre, here's something new coming from Spain: ISABEL - their epic television series on the life of Queen Isabella I of Castile. The first season was aired earlier this winter in Spain with a great success and the second season is currently being shot. Hopefully the series will be sold around the world too and we shall be able to see it? Year 1474. The current King of Castile, Enrique IV (Isabella's older half-brother played 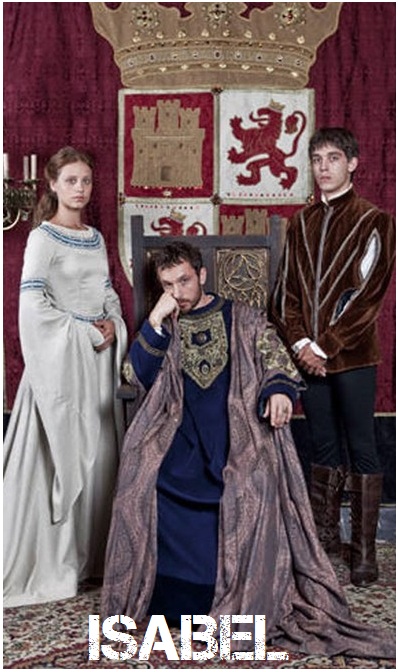 by amazing Pablo Derqui) is quite ill and begins the negotiations to name his sister, Isabella (Michelle Jenner), heir of the throne. However, his once lord protector, the Marquis of Villena, dies and the 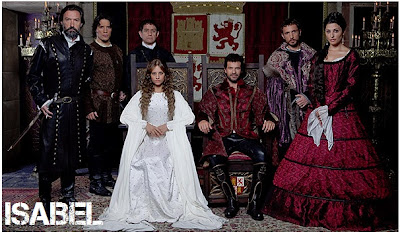 King leaves court in order to mourn his friend. With this unstable situation at court, Isabella needs her husband (Rodolfo Sancho) by her side more than ever if she wants to mantain her claim to the throne. 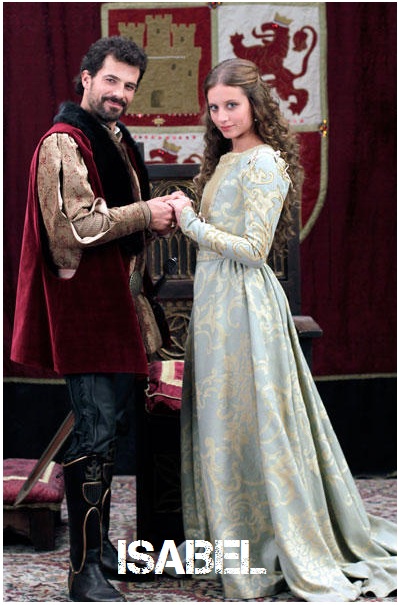 To her disappointment, her husband has to go back to his Kingdom of Aragon again, something that upsets the future Queen to a great degree. This series is a biography about the Queen of Castile, Isabella the 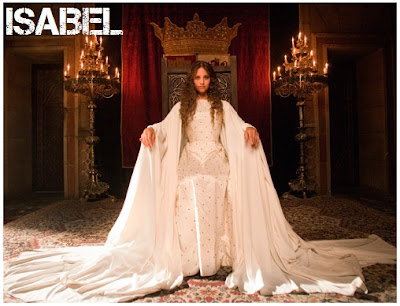 Catholic. The first season chronicles the period  from the end of her childhood to her marriage with Ferdinand II of Aragon and her difficult 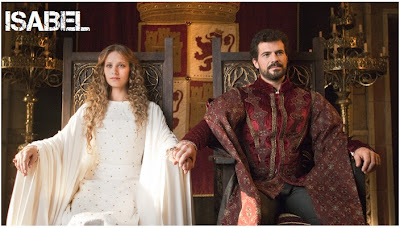 arrival to the Crown. The second season will chronicle the period from her crowning to the conquest of Granada and the beginning of the journey of Christopher Columbus.
Posted by DEZMOND at 12:00 AM