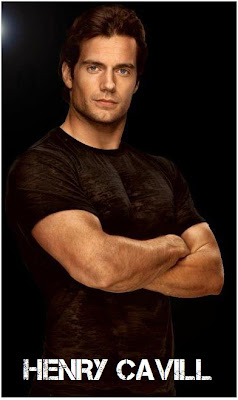 I've recently brought you the first trailer for animated motion capture TARZAN with Kellan Lutz and now we already have a new project on the jungle hero. According to "Vulture" David Yates from HARRY PLOPPER saga will direct his take on TARZAN for Warner Bros. The whole project is currently in the stage in which Yates is talking to some of the actors whom he is considering for the lead role. The list, for now, includes Superman Henry Cavill, Swedish hunk Alexander Skarsgard, and Tom Hardy for whom the studio is mostly interested but he, apparently, hasn't talked to the director yet.

HOLLYWOOD SPY TV NEWS
And I have a bunch of fresh TV news for you today starting with our favourite channel Starz the home of SPARTACUS, DA VINCI'S DEMONS and BLACK SAILS. They have bought the rights on fantasy saga OUTLANDER by Diana Gabaldon and they will develop it into 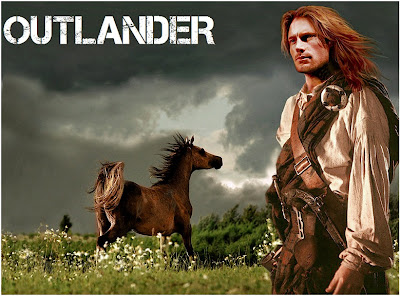 a TV show with the help of BATTLESTAR GALACTICA's Ron Moore. Sold in over 20 million copies around the world, the fantasy saga follows British Army nurse Claire Randall as she is transported back in time from 1945 to 18th century Scotland, embarking on an epic romance with Scots warrior Jamie. Speaking of BLACK SAILS, Starz upcoming pirate series

created by Michael Bay, that project also has another cast member: according to "Deadline" English actress Hannah New has joined the eight episode series, set 20 years before the events in Robert Louis Stevenson’s "Treasure Island", which chronicles the adventures of fabled buccaneer Captain Flint and his men. Gorgeous Hannah New will play Eleanor, the beautiful, courageous and determined owner of a rowdy Open Nassau saloon who wields considerable influence in her dual roles as fence/ supplier and party host. As I've already reported before, Toby Stephens takes the lead role of Flint, Tom Hopper will play Billy Bones, the first mate of The Walrus ship, while Jessica Parker Kennedy will play the role of Max, a French prostitute with a cool swagger that matches her stunning beauty.


THE LAST SHIP CAST NEWS
That is not Michael Bay's only upcoming adventure project, since HOLLYWOOD SPY also wrote about his apocalyptic survival show 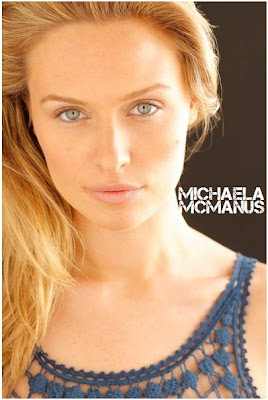 THE LAST SHIP which has also added some new faces. The story about a global catastrophe that nearly obliterates the Earth's population, forcing the crew of a naval destroyer to confront the reality of their new existence in a world where they are among the only survivors, already has Eric Dane and Rhona Mitra in lead roles. Dane will be the commanding officer of the ship, while Mitra will be a paleomicrobiologist. Now, the new members of the cast are Michaela McManus (she will play a lieutenant who runs the Combat Information Center and missile

deployment), Charles Parnell (Command Master Chief), Travis Van Winkle (the leader of a small crew of SEALS), Christina Elmore (will play a lieutenant) and Sam Spruell (also playing a paleomicro- biologist). The show will air on TNT and is based on a novel by William Brinkley.

BLOOD & CHROME TV FILM
Meanwhile, the prequel to the popular science fiction television series BATTLESTAR GALACTICA BLOOD AND CHROME, which starts airing this week in the 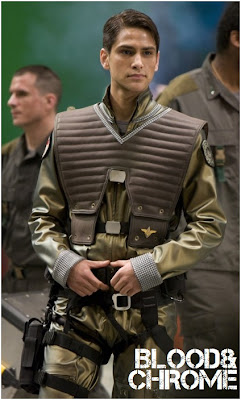 form of a webseries over at YouTube, will also have its pilot episode turned into a two hour television film to be aired some time early next year at SyFy. With the top-notch storytelling, pulse-pounding action and cutting-edge visual effects, the story takes place in the 10th year of the first Cylon war. As the battle between humans and their creation, a sentient robotic race, rages across the 12 colonial worlds, a brash rookie viper pilot enters the fray. Ensign William Adama (Luke Pasqualino), barely in his 20's and a recent Academy graduate, finds himself assigned to the newest battlestar in the Colonial fleet... the Galactica. The talented but hot-headed risk-taker soon finds himself leading a dangerous top secret mission that, if successful, will turn the tide of the decade long war in favour of the desperate fleet.
Posted by DEZMOND at 12:00 AM