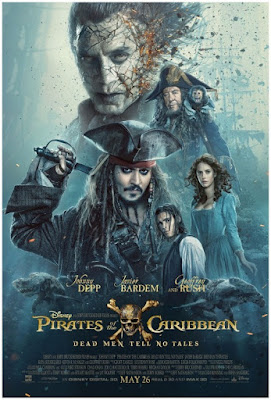 DEAD MEN TELL NO TALES! The fifth movie in the adventure saga is to set sail May 26th this year with Johnny Depp, Geoffrey Rush and Orlando Bloom returning to their roles, and the addition of Brenton Thwaites and Javier Bardem!


PIRATES OF THE CARIBBEAN: DEAD MEN TELL NO TALES will follow Captain Jack Sparrow once again in a tough spot when he encounters deadly ghost pirates led by his old nemesis, the terrifying Captain Salazar (Javier Bardem). The ghosts and Salazar have escaped from the Devil's 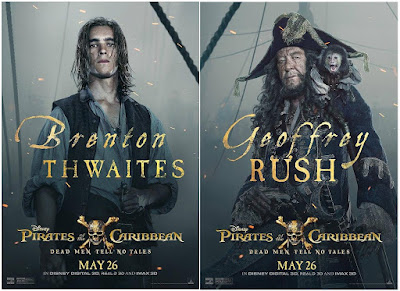 Triangle, determined to kill every pirate at sea, including Jack. Sparrow's only hope of survival lies in seeking out the legendary Trident of Poseidon, a powerful artefact that will give its possessor total control over the seas. Geoffrey Rush returns as one legged 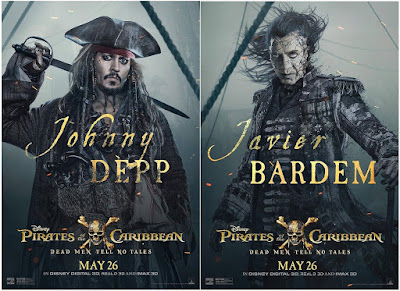 pirate Barbossa, Orlando Bloom as Will Turner after being absent from previous instalments, Kevin McNally is Joshamee Gibbs and Stephen Graham is Scrum, David Wenham is Scarfield. Young 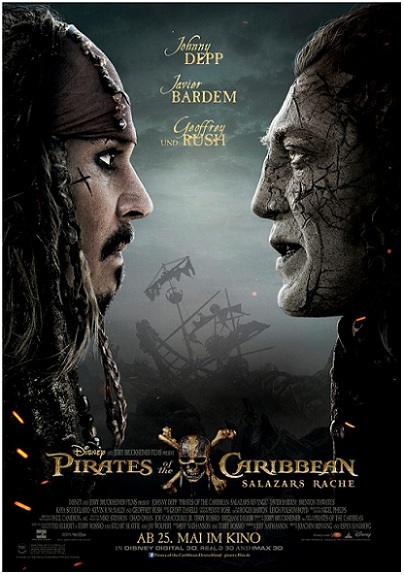 actress Kaya Scodelario takes the female lead as an astronomer. Paul McCartney will have a cameo in the movie as well.