'JUSTICE LEAGUE' TRAILER
IS ALL KINDS OF MAJESTIC!
It is here, people, it is here and it is all kinds of magnificent and majestic (if you ignore the fact that Ben Affleck is in it, naturally) 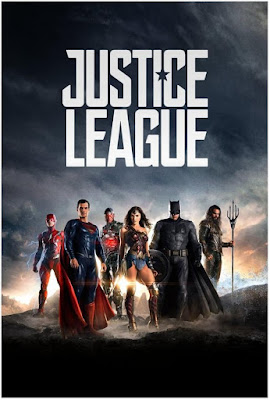 - Warner Bros. and DC have released a stunning new trailer for this year's biggest superhero flick JUSTICE LEAGUE and you can also enjoy lovely character posters for the movie that will assemble DC's biggest superheroes in cinemas this November directed by Zack Snyder.


HEROES UNITE!
Fueled by his restored faith in humanity and inspired by Superman's selfless act, Bruce Wayne enlists the help of his newfound ally, Diana Prince, to face an even greater enemy. Together, Batman and Wonder 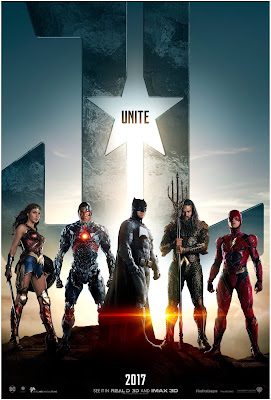 Woman work quickly to find and recruit a team of meta humans to stand against this newly awakened threat. But despite the formation of this unprecedented league of heroes, Batman, Wonder Woman, Aquaman, Cyborg and The Flash, it may already be too late to save the planet from an assault of catastrophic proportions. Henry Cavill will reprise his role of Superman, with Amy Adams, Jeremy Irons, Amber Heard, Diane Lane, J.K. Simmons, Willem Dafoe and Ciaran Hinds also in the supporting cast.


THE PRINCESS OF THEMYSCIRA
Wonder Woman is played by Gal Gadot who portrays the young princess Diana of the Amazonian kingdom of Themyscira. She is the

first to join Batman's new team and help him recruit the others. Her own movie is arriving this summer, June 2nd!


THE KING OF ATLANTIS
Aquaman is played by Jason Momoa. The king of the mythical kingdom of Atlantis will also have his wife queen Mera, played by

Amber Heard, appear in this movie before they get their own one at Christmas 2018 which will also star Patrick Wilson and Nicole Kidman as his mother Atlanna!


THE KING OF SPEED
The Flash is played by young Ezra Miller as the youngest member of the Justice League team, the shy kid with the power of superspeed! He

has already appeared shortly in Batman vs Superman: Dawn of Justice and will get  his own film in a few years.


THE SONIC KING
Cyborg, probably the least known and the least popular of this team of metahumans is played by Ray Fisher. He plays Victor Stone, a

quarterback who becomes Cyborg, a cybernetic hero with a sonic canon for a weapon! He will also appear in The Flash movie in 2018 before he gets his own movie in 2020.