1ST 'THOR RAGNAROK' LOOK
AT CHRIS HEMSWORTH AND CATE BLANCHETT AS THOR AND HELA
Now here's a delicious or shall I say thorlicious treat for you today: the first look at THOR: RAGNAROK epic adventure from the cover of the brand new 'EW' offering the first images of 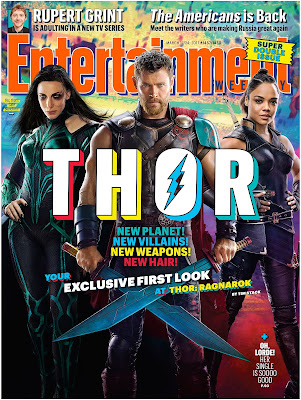 Chris Hemsworth in the lead role of the Asgardian hero and Cate Blanchett as the main villainess Hela, Goddess of Death freed from a prison after a whole millennia and ready to wreck some galactic havoc! As you can see the Norse prince and hero has a brand new haircut too, ready to fight not only Hela, but also the Hulk (Mark Ruffalo) when they find themselves on a desolate planet called Sakaar where he ends up as a gladiator thanks to Hela's revenge. He gets surrounded there by all sorts

of people with super powers who can easily match his abilities. The cover also shows Tessa Thompson as Asgardian warrior Valkyrie 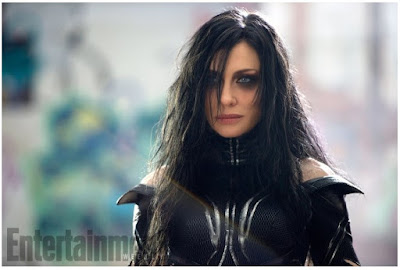 controversially portrayed by a Black woman even though she's a blonde Viking. The movie will also feature Karl Urban as Skurge and Tom Hiddleston as Loki. 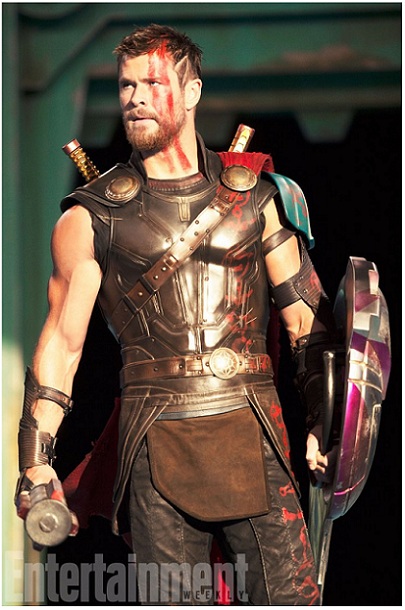 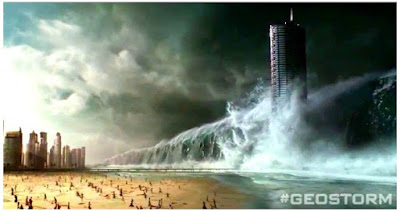 today together in the first trailer for GEOSTORM starring Gerard Butler, Jim Sturgess, Abbie Cornish, Daniel Wu, Ed Harris. It is out this October.


THE WORLD WILL BE DESTROYED
After an unprecedented series of natural disasters threatened the planet, the world's leaders came together to create an intricate network of satellites to control the global climate and keep everyone safe. But

now, something has gone wrong, the system built to protect the Earth is attacking it, and it's a race against the clock to uncover the real threat before a worldwide GEOSTORM wipes out everything... and everyone along with it.