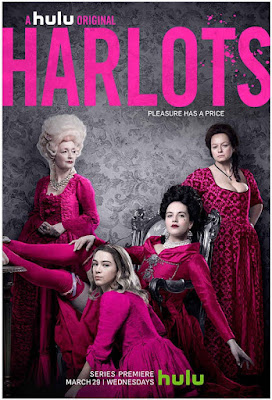 A new trailer and poster have been released for Hulu's and ITV's period set rival brothels series HARLOTS which will premiere March 29th lead by Samantha Morton, Lesley Manville and Jessica Brown Findlay!
PLEASURE HAS A PRICE
Set against the backdrop of 18th century Georgian London, 8 part HARLOTS  follows Margaret Wells (Samantha Morton) and her daughters, as she struggles to reconcile her roles as mother and brothel owner. When her business comes under 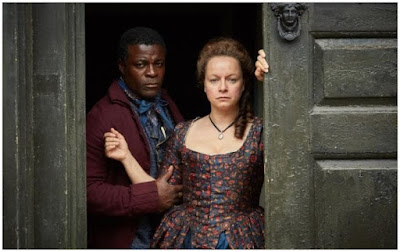 attack from Lydia Quigley (Lesley Manville), a rival madam with a ruthless streak, Margaret will fight back, even if it means putting her family at risk. Brown Findlay will star as Charlotte, Margaret’s eldest 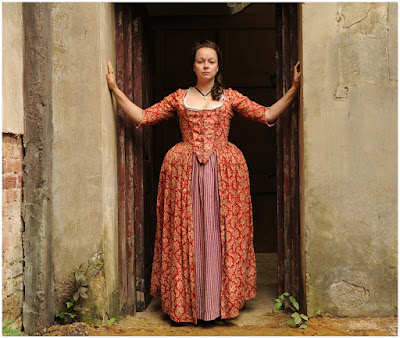 daughter and the city’s most coveted courtesan who begins to grapple with her position in both society and her immediate family.


'THE LITTLE MERMAID' TRAILER
WITH WILLIAM MOSELEY!
The first trailer has been released for William Moseley's THE LITTLE MERMAID in which he plays a young reporter who travels to a small town in Mississippi to find the young girl that has been 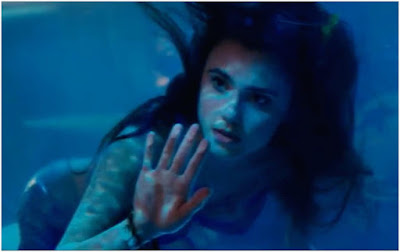 rumoured to be the real Little Mermaid (Poppy Drayton). Once there he tries to save THE LITTLE MERMAID from the nefarious carnival leader who has captured part of the mermaid's soul. Shirley MacLaine also stars.