'THE SMURFS: LOST VILLAGE'
THEY WERE NEVER ALONE! 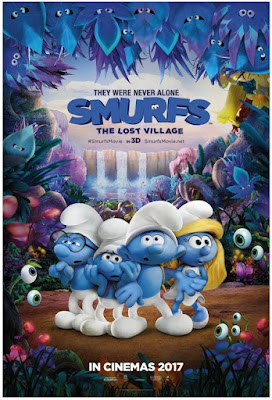 We are kids friendly today, presenting two projects for the younglings that are arriving into cinemas for Easter holidays, beginning with THE SMURFS: THE LOST VILLAGE which will smurf its way into cinemas at the end of this month for the first time fully animated unlike the previous instalments which were live action with CGI elements.
In the all new take on the Smurfs, a mysterious map sets Smurfette and her best friends Brainy, Clumsy and Hefty on an exciting and thrilling race through the Forbidden Forest filled with magical creatures to find a mysterious lost village before the evil wizard 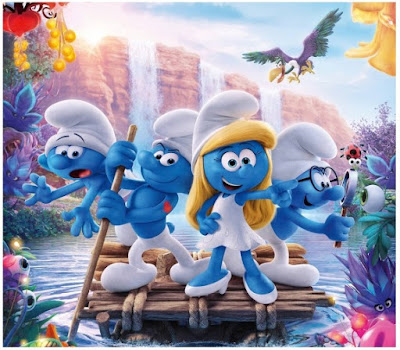 Gargamel does. Embarking on a roller coaster journey full of action and danger, the Smurfs are on a course that leads to the discovery of the biggest secret in Smurf history! Joe Manganiello and Demi Lovato lead the voice cast! 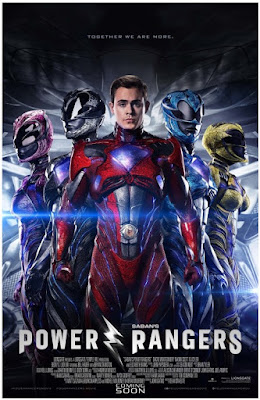 Another movie featuring characters beloved by many kids is also flying into theatres later this month: it is the big screen version of POWER RANGERS! I have to admit I had zero interest in this movie, but the trailer does promise a visually outstandingly gorgeous movie with the cast lead by Elizabeth Banks as vilainess Rita Repulsa and Bryan Cranston as Zordon with the POWER RANGERS played by Dacre Montgomery (Red Ranger), Naomi Scott (Pink Ranger), RJ Cyler (Blue Ranger), Ludi Lin (Black Ranger) and Becky G (Yellow Ranger). Lionsgate has a plan of turning this into a five movie 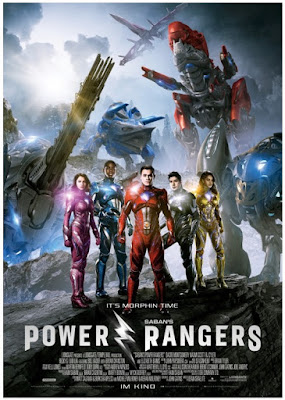 TOGE- THER WE ARE MORE
The story of the $120 million worth movie follows high school outcasts who stumble upon an old alien ship, where they acquire superpowers and are dubbed the POWER RANGERS. Learning that an old enemy of the previous generation has returned to exact vengeance, the group must harness their powers and use them to work together and save the world.