'TROY: FALL OF A CITY'
NEW BBC & NETFLIX EPIC TV SAGA
It seems that after they've collaborated on the second season of epic TV series The Last Kingdom (check it down below), BBC and Netflix will 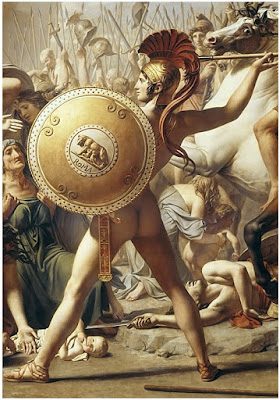 work again on another period set lavish saga! As it has been confirmed today, they will produce TROY: FALL OF A CITY epic mini series which will tell the story of the siege of Troy from the point of view of a Trojan family! Written by the scribes of Tom Hiddleston's Night Manager, 'the bold and visceral rendition of the 3000 year old classic, told across multiple parts, will be Intimate and epic, gripping and exhilarating, rich with psychological intrigue and human drama, bringing the characters' passions, pain and loss'. Shooting starts this month so expect casting updates soon!

Speaking of epic projects, Yorgos Lanthimos' new period set movie drama THE FAVOURITE has just cast Nicholas Hoult who will now join Rachel Weisz and Emma Stone in the story that follows the political machinations behind the scenes during the reign of Queen Anne, the last monarch of the House of Stuarts. The story takes place between the end of the 17th century and first years of the 18th century, when Anne reigned from 1702-1707. Olivia Colman is set to play Queen Anne, with Rachel Weisz as her lady Sarah, Duchess of Marlborough and Emma Stone as Abigail Masham, an impoverished, distant relative of Sarah, who gains a position at court tending to the Queen. Nicholas Hoult will be Harley,the Tory party leader during the reign of Queen Anne!


'LAST KINGDOM' EPIC TV SERIES
2ND SEASON AIRS IN TWO WEEKS
Meanwhile, the above mentioned collaboration between the British broadcaster and the streaming service THE LAST KINGDOM will start airing its second season from March 16th in UK on BBC Two and 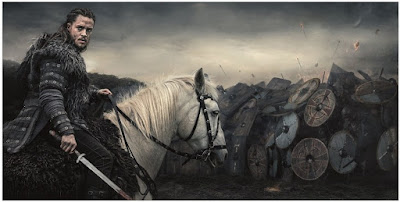 next day around the world on Netflix. Starring Alexander Dreymon and David Dawson it will bring new adventures of young prince Uhtred in the quest to regain his father's kingdom in mediaeval Anglia.