NEW INTERNATIONAL EPIC SERIES: 'THE NEMANYICHS: BIRTH OF A KINGDOM' ON SERBIAN MEDIAEVAL ROYAL DYNASTY, 'THE CAPITAL: ABDULHAMID' ON THE LAST OTTOMAN SULTAN

'THE NEMANYICHS' EPIC SERIES
BIRTH OF A KINGDOM 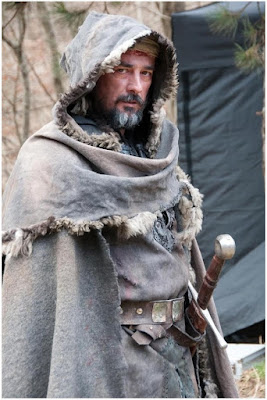 International epic projects today! After Britain (The Tudors, White Queen), France (Versailles), Russia (Catherine the Great, Sofia), Austria (Maximilian), Spain (Isabel), Turkey (Magnificent Century), Italy (Medici) Serbia has decided to put their glorious history on the small screens as well! Their national broadcaster RTS has started shooting (with more than 200 actors and 300 locations) 12 part epic TV series THE NEMANYICHS: BIRTH OF A KINGDOM which will follow the rise of The Nemanyichs, one of the most powerful mediaeval royal dynasties 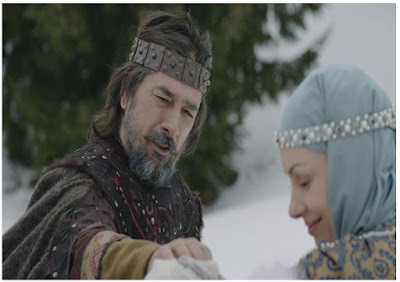 in Europe which ruled the vast Serbian Kingdom from the 12th to the 14th century. The first season will follow King Stefan the First Crowned 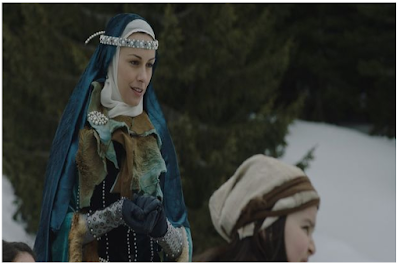 (in the photo, played by Voyin Chetkovich)! The series will air at the end of the year marking the 800 years from Stefan's coronation. 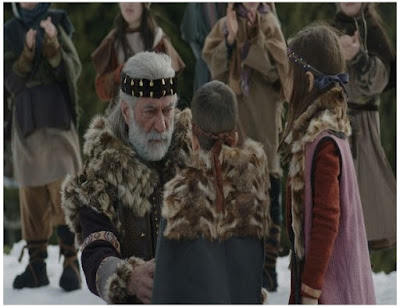 DEZZY'S HISTORY LESSON
The royal house which produced 11 Serbian kings, despots and emperors, from 1166 till 1371, reached its zenith during the legendary 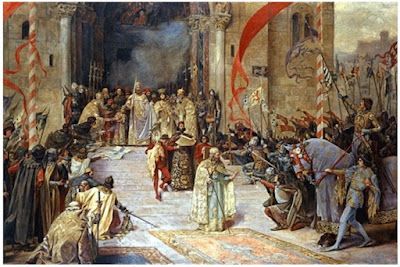 reign of Dushan, Tsar of all Serbs and Greeks, who ruled a massive empire occupying today's Serbia, Macedonia, Bulgaria, Greece, Montenegro. It was the most developed country and culture in Europe of that time.


'THE CAPITAL: ABDULHAMID'
ON THE LAST OTTOMAN SULTAN
The Turks, who actually stopped the further development of mediaeval Serbia putting Balkans into darkness, also have a new historical 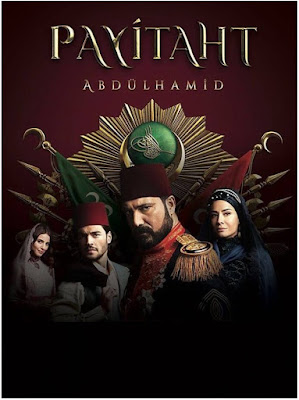 saga of their own. Their Television has recently started airing CAPITAL: ABDUL HAMID on the last Sultan who ruled the Ottoman Empire at the end of the 19th century.
THE RULE OF THE RED SULTAN

The 33 years of Abdul hamid's rule were some of the most turbulent ones in Turkish history. The last decade depicted in the series at the very end of the 19th century was the time when European powers tried to use the 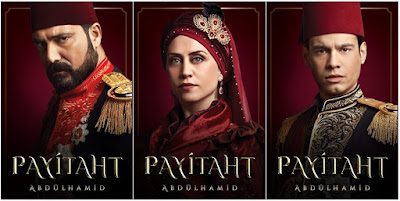 ongoing events to create a new age for Europe. Known for brutal treatment of many minorities in the country (due to which he is known as the Red Sultan outside the country), his rule oversaw a period of 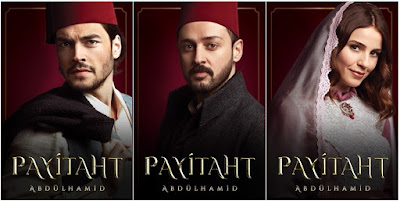 decline in the power and extent of the Ottoman Empire! He was thrown down by his own people in 1909 and his fall was greeted with great joy among the citizens. Despite his reactionary and despotic rule, 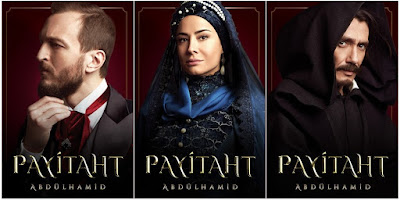 some modernization of the Ottoman Empire occurred during Abdul Hamid's long reign, including reform of the bureaucracy, railways and education. He had more than ten imperial consorts with sultana Nazikeda being his main wife.