NEW 'WONDER WOMAN' POSTER
WITH GAL GADOT IS HERE!
Your treat for today is a gorgeous new poster for this June's WONDER WOMAN, a new trailer should come up later today and I shall embed 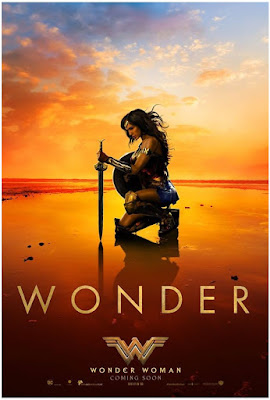 it instead of the short new clip you can view below.
Before she was WONDER WOMAN, she was Diana, princess of the Amazons, trained to be an unconquerable warrior. Raised on a sheltered island paradise, when an American pilot crashes on their shores and tells of a massive conflict raging in the outside world, Diana leaves her home, convinced she can stop the threat. Fighting alongside man in a war to end all wars, Diana will discover her full powers...  and her true destiny. The cast also includes Robin Wright as General Antiope and Connie Nielsen as Diana's mother Queen Hippolyta! 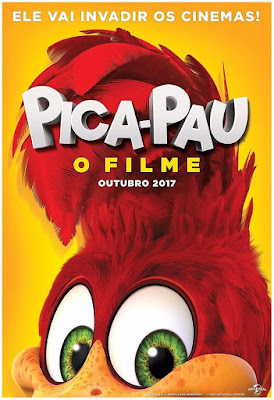 If you are more in the mood for irritating little pests and animated characters, here's the first international trailer and poster for live action CGI movie on famous WOODY WOODPECKER which should bring his infamous cackle into cinemas some time this Autumn. Timothy Omundson plays a divorced attorney with a son and a new girlfriend who wants to build a dream home in a forest in the mountains, but once there he discovered he will have to cut down Woody's home and the bird ain't having it, naturally!