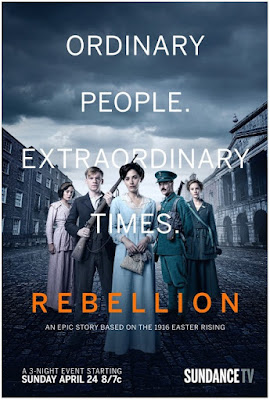 anniversary of when the Easter Uprising began on Apr. 24, 1916, Sundance TV will air Irish drama in USA as a special three night miniseries event from Sunday, Apr. 24 through Tuesday., Apr. 26. The five part miniseries charts the birth of modern Ireland during one of the most tumultuous and dangerous periods in history.


WAR FOR FREEDOM
REBELLION begins with the outbreak of World War I. As expectations of a short and glorious campaign are dashed, social stability is eroded, and Irish national spirit comes to the fore. The tumultuous events 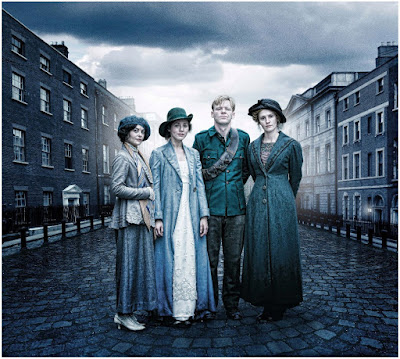 that follow are seen through the eyes of three young women and their families, lovers and friends from Belfast, Dublin and London as they 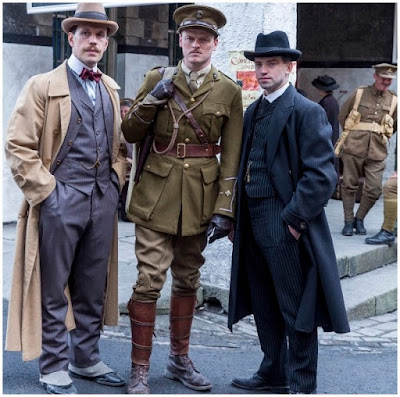 play vital and conflicting roles in the narrative of Ireland’s independence. Some prioritize family loyalties; some are motivated by 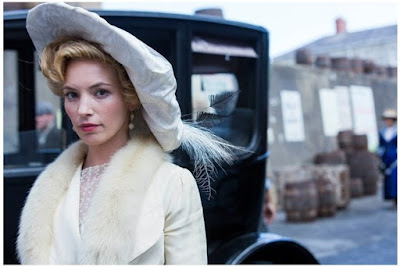 the noblest of ideals, some by opportunism; others take up arms, prepared to sacrifice everything for the dream of a better society and true independence. 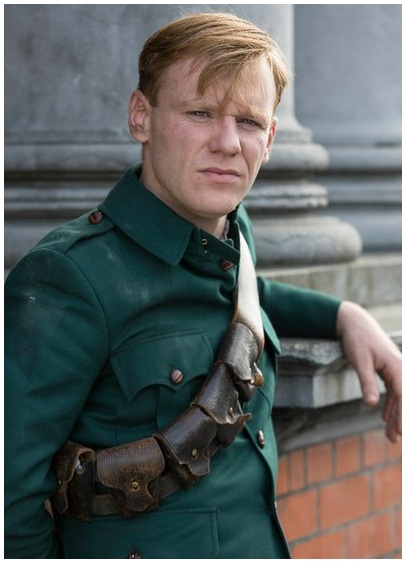 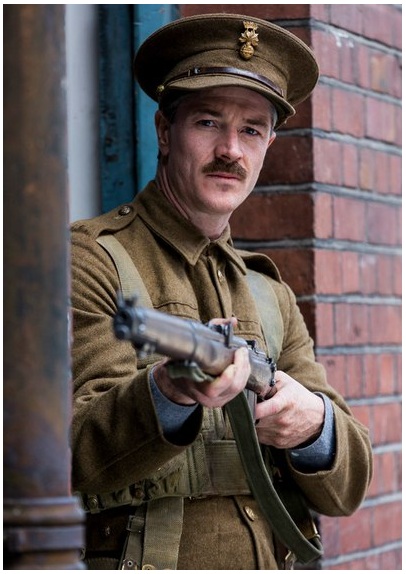 Sarah Greene (Penny Dreadful). The $10 million historical saga might get a second season as well following characters through the War of Independence.
Posted by DEZMOND at 5:55 PM