NEW 'THE HUNTSMAN: WINTER'S WAR' TRAILER
IS ALL KINDS OF MASSIVE! 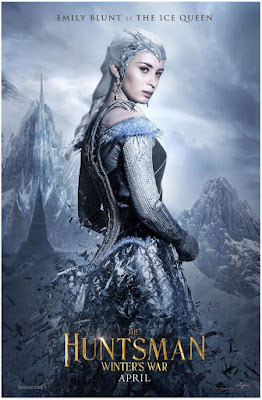 You remember how the first trailer for one of this year's biggest adventures left us stunned last November? Now the second one for THE HUNTSMAN: WINTER'S WAR has been released and it is all kinds of massive! I don't think I've ever seen a trailer more epic! The movie is out this April!
A FORT OF SNOW, A HEART OF ICE
Long before the evil Queen Ravenna (Charlize Theron) was thought vanquished by Snow White's blade, she watched silently as her sister, Freya (Emily Blunt), 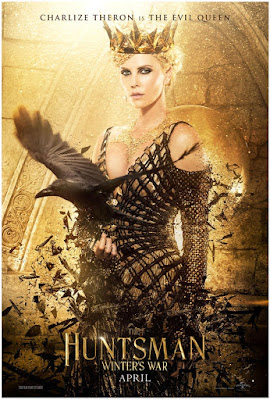 suffered a heartbreaking betrayal and fled their kingdom. With Freya's ability to freeze any enemy, the young ice queen has spent decades in a remote wintry palace raising a legion of deadly huntsmen, including Eric (Chris Hemsworth) and warrior Sara (Jessica Chastain). Only now she has found that her prized two have defied her one demand: Forever harden your hearts to love. When Freya learns of her sister's demise, she summons her remaining soldiers to bring the Magic Mirror home to the only sorceress left who can harness its power. But once she discovers

Ravenna can be resurrected from its golden depths, the wicked sisters threaten this enchanted land with twice the darkest force it's ever seen. 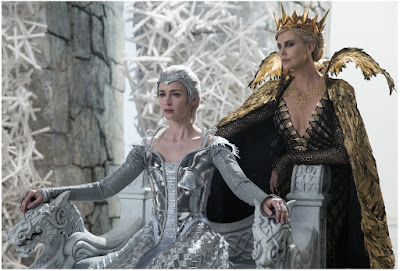 Now, their amassing army shall prove undefeatable unless the banished huntsmen who broke their queen's cardinal rule can fight their way back to one another!

STARZ' 'OUTLANDER'
OPENS 2ND SEASON IN APRIL
Speaking of epic things, Starz has announced today that one of their most popular shows OUTLANDER will return with the second season on Saturday April 9th! Based on Diana Gabaldon's second book from 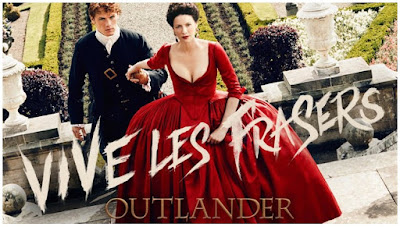 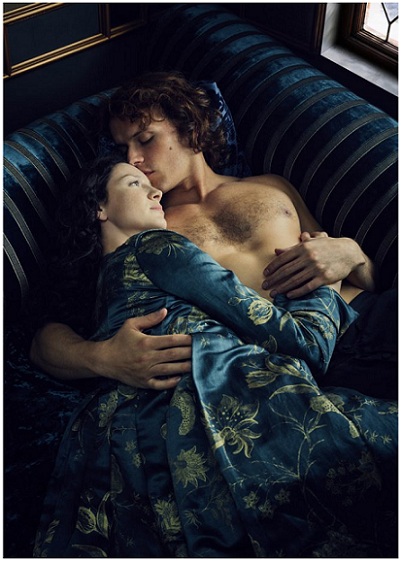 can see them on the steps of the royal court in Versailles in the first promo poster! Instead of swords and guns, they’re armed with political savvy in the 1700s Paris as they embark on their new mission: infiltrating the French aristocracy and rewriting history after they arrive in France, hellbent on infiltrating the Jacobite rebellion led by Prince Charles Stuart, and stopping the battle of Culloden.
Posted by DEZMOND at 8:05 PM