While she is waiting to see whether she will win Best Actress Oscar tomorrow for her role in BROOKLYN, Saoirse Ronan has booked another new role for her: she has boarded period set movie ON CHESIL BEACH. Adaptation of Ian McEwan book and set in England in 1962 it follows Florence (Ronan), one half of two young lovers, in the touching story of how their unexpressed misunderstandings and fears shape the rest of their lives. It is a tender story that shows how the entire course of a life can be changed – by a gesture not made or a word not spoken. Epic mini series' THE HOLLOW CROWN's Dominic Cooke is having his directorial movie debut. 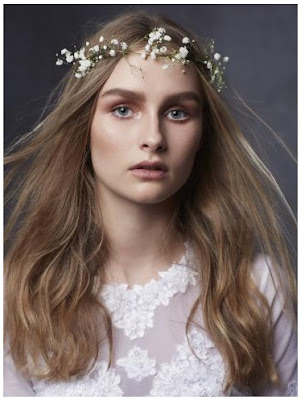 
'MAGGIE'S PLAN' TRAILER
ETHAN HAWKE,JULIANNE MOORE
The only trailer I have for you today is for unusual comedy movie MAGGIE'S PLAN starring Ethan Hawke, Julianne Moore, Maya Rudolph and Travis Fimmel. Maggie 's plan to have a baby on her own is derailed when she falls in love with John, a married man, 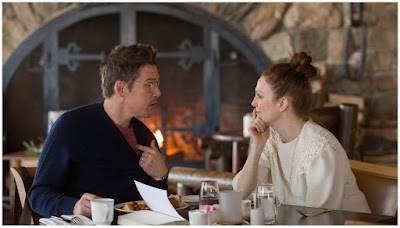 destroying his volatile marriage to the brilliant and impossible Georgette. But one daughter and three years later, Maggie is out of love and in a quandary: what do you do when you suspect your man and his ex wife are actually perfect for each other?
Posted by DEZMOND at 7:43 PM