I've informed you about this last Autumn, but now it has been confirmed that Emily Blunt, the actress in highest demand in Hollywood currently, has officially entered talks to star in MARY POPPINS 2 for Disney! Taking place some twenty years after the original movie the sequel will be set in the 1930s London, following the adult Michael Banks, who now has children of his own. When his big sister Jane returns to town, after falling on hard times, their beloved Mary Poppins comes back to help.The movie will follow some of other MARY POPPINS books that P.L. Travers wrote. Rob Marshall (CHICAGO, INTO THE WOODS) is directing with new songs being written for the movie. It will be quite a road for Emily Blunt to go from the ice queen in HUNTSMAN and a drunkard in GIRL ON THE TRAIN (both opening this year) to a beloved nanny! 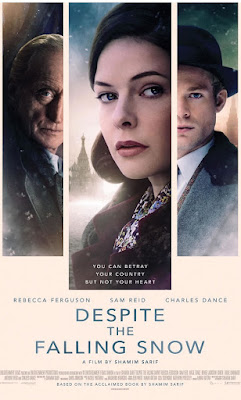 Your trailer for today is a rather artistic one for period set action thriller drama DESPITE THE FALLING SNOW the adaptation of Shamim Sarif's novel and she is also directing it. Out this April in cinemas and boasting a stellar cast with Sam Reid, Rebecca Ferguson, Charles Dance, Oliver Jackson Cohen and Anthony Head, it is set in two time periods. In 1959, Cold War-era Moscow, Katya (Ferguson) romances a young and idealistic politician, Alexander (Reid) in order to steal secrets. But when she falls in love with him, she finds herself torn between her commitment to spying for the US and this young Russian - as all the while, the authorities close in. Then, 30 years later as the Cold War 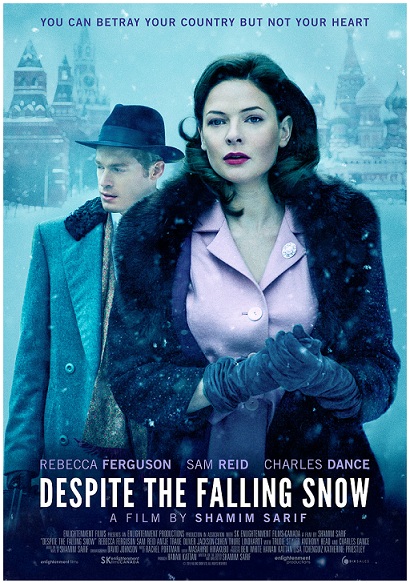 ends, an older Alexander (Dance) and his artist niece try to finally uncover what happened to Katya all those years before.
Posted by DEZMOND at 8:14 PM