SHEKHAR KAPUR'S 'WILL'
SHAKESPEARE SERIES CASTS MATTIAS INWOOD,COLM MEANEY
In today's TV news (beside the info that Bryan Fuller will be the showrunner for CBS's new STAR TREK series set for next January) TNT has just added Colm Meaney and Mattias 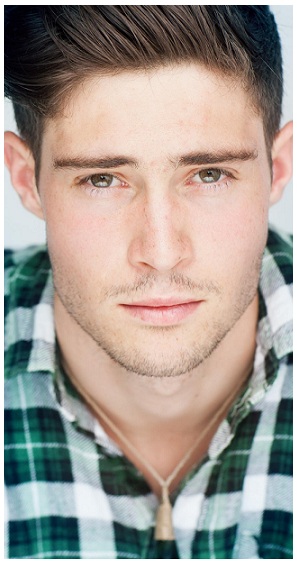 Inwood to Shekhar Kapur's WILL epic series about young William Shakespeare’s (Laurie Davidson) arrival onto the punk rock theatre scene that was 16th century London – the seductive, violent world where his raw talent faced rioting audiences, religious fanatics and raucous side-shows. It’s described as the hot, contemporary, dangerous version of Shakespeare’s life, played to a modern soundtrack, exposing all his recklessness, lustful temptations and brilliance. Meaney will play the carpenter who built the first theatre in London after Roman Times. Dashing Mattias Inwood (whom you are watching in SHANNARA CHRONICLES) will play his son who together with WILL forms the greatest actor-writer partnership the world has ever seen.

Over at NBC they are casting the lead roles for their upcoming new comedy series DUMB PRINCE coming from Amy Poehler. GRIMM's Nico Evers Swindell will lead it! As 'Deadline' reports the comedy is set in the country of Modaria, known for the manufacture of mopeds and tiny cars, where the Faber family has ruled for generations. Evers Swindell will play Prince Karl (known as THE DUMB PRINCE –not affectionately) who returns home from a year’s exile in America after having passed out at the coronation of his seemingly hapless father, King Adrian. Tim Baltz will play Prince Marco, the second son of Modaria’s ruling family, and Jessie Ennis will play Princess Jana, the youngest child of the royal family.