'SNOWTIME!'
ANIMATED MOVIE WITH A SONG FROM CELINE DION
Family Saturday today here, people, starting with a lovely new animated movie SNOWTIME! which has already played in Canadian cinemas but is coming to USA at the end 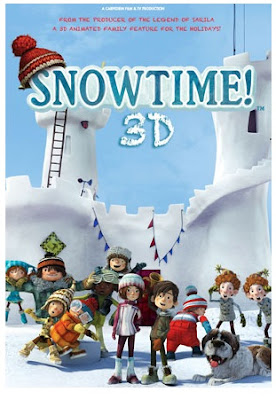 of the month. Beside the trailer you can check out below a clip with Celine Dion speaking about the song she recorded for the movie!


LESSONS IN THE SNOW
Based on the 1984 cult live-action Canadian film 'La Guerre des Tuques' SNOWTIME! explores the sometimes mercurial relations between friends during childhood. The film follows a group of kids in a small village who set out during winter break to hold a massive snowball fight. 11-year-olds Luke and Sophie find themselves 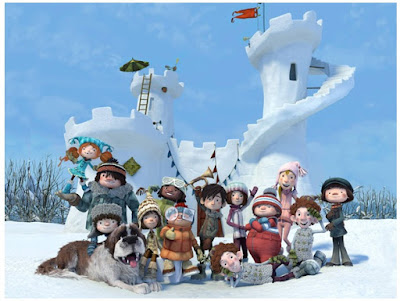 leaders of the opposing sides, with Sophie’s faction defending an elaborate snow fort against Luke’s. Whichever side controls the fort by the end of the break will be declared winner. However, what begins as a fun contest deteriorates into a more bitter conflict teaching the children valuable lessons about friendship, the importance of unity, and the emotional consequences of vicious rivalry.

'FULLER HOUSE' SITCOM
NEW TEASER AND POSTER
And you can also check out the new teaser and a new poster for Netflix revival series FULLER HOUSE showing all the actors gathered in the famous house! To start airing February 26th it will focus on grown up 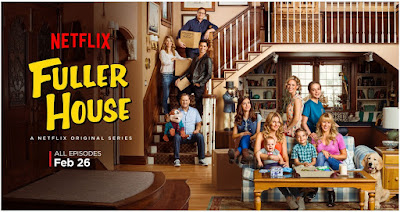 DJ Tanner (Candace Cameron Bure) trying to raise her kids in her old house. Most of the original cast will return as guest stars!
Posted by DEZMOND at 6:43 PM