TO LEAD 'LIFE' SF MOVIE
After drawing attention to herself with her royal role in BBC's epic series WHITE QUEEN and then leading RED TENT mini series after which she scored the lead role next to Tom Cruise in MISSION IMPOSSIBLE, Rebecca Ferguson is in high demand in Hollywood!
According to 'Variety' she will now also lead sf movie LIFE. Written by DEADPOOL writers, the story of the movie follows the crew of the International Space Station, who, after retrieving a sample from Mars, discover that it displays signs of life, and proves to be more intelligent than expected. You will also watch her opposite Emily Blunt and Luke Evans in THE GIRL ON THE TRAIN.


'SUNSET SONG' TRAILER
FOR NEW HISTORICAL DRAMA
Meanwhile here's a truly gorgeous, gorgeous trailer for you today! It is for historical drama SUNSET SONG from famous director Peter Mullan staring Agyness Deyn as the daughter of a Scottish farmer 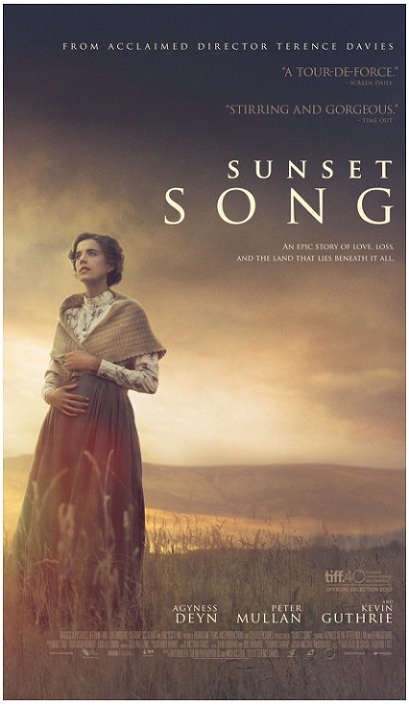 who comes of age in the early 1900s. Although the film is set in Scotland, the stunning nature was actually shot in New Zealand! It is out May in USA.
Posted by DEZMOND at 7:57 PM