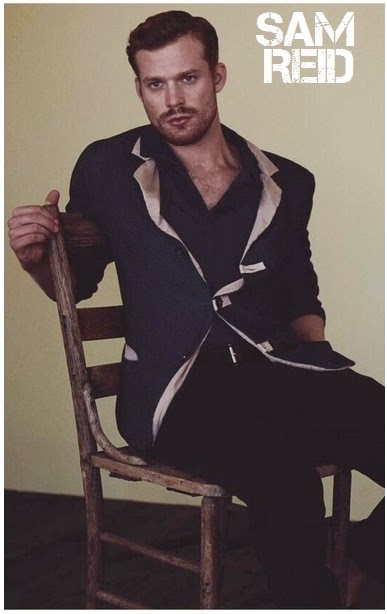 Two new sf projects are looming over the horizon: first, new romantic sf thriller 2:22 will star shooting this year in Australia with charismatic Sam Reid joining Michiel Huisman (Game Of Thrones) and Teresa Palmer! Huisman will be Dylan Branson, a man whose life is permanently derailed when an ominous pattern of events repeats itself in exactly the same manner every day, ending at precisely 2:22 PM. When he falls for Sarah (Teresa Palmer), a beautiful woman whose life is threatened by these strange events, Dylan must solve the mystery to preserve a love whose second chance has finally come. Sam Reid will play the rival love interest.
ELLE FANNING IN 'IO' SF FILM The second sf project also has a very short title IO and will star Elle Fanning as a teen surviving as one of the last people on an abandoned post cataclysmic Earth, who is racing to find a cure for her poisoned home world before the last shuttle off the planet to the distant human space colony leaves her stranded. Diego Luna will play a complicated and mysterious refugee on his way to the shuttle launch who makes her question whether she can really alter Earth’s fate. Clay Jeter is directing. 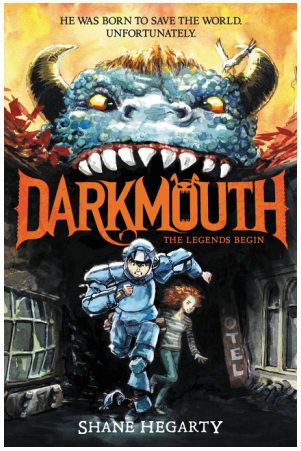 Two pieces of into on new big screen adaptations for you today, starting with DARKMOUTH an upcoming series of comedic fantasy adventure novels written by Irish author Shane Hegarty out this April! The story is set in the last town on Earth where monsters (known as Legends) still invade. Finn, the 12-year-old son of the last remaining Legend Hunter, must follow in his father’s footsteps and prepare for an epic battle to defeat the Legends as their terrifying leader plans a major attack on Earth. Unfortunately, Finn is one of the worst Legend Hunters in history.
'DESCENDER' SPACE OPERA 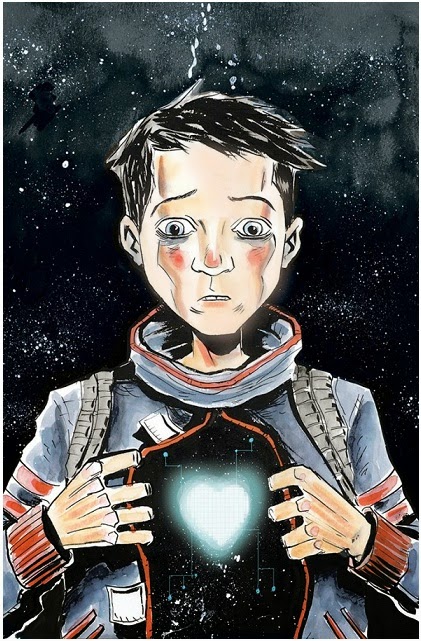 Meanwhile, Sony will adapt forthcoming sf comic book DESCENDER from Jeff Lemire, a sprawling space opera describing cosmic odyssey about a little boy looking for home in a universe that fears him. The incredibly lifelike artificial boy, TIM-21, may hold the secrets deep in his machine DNA to the origin of robots that have decimated entire planets. As a result, he is the most wanted robot in the universe. Before long the entire galaxy is looking for TIM-21 and his rag-tag group of unlikely companions, as they make their way from one exotic planet to the next with new foes advancing on them at every turn.
Posted by DEZMOND at 2:00 PM