NORMAN REEDUS TO JOIN
LUKE EVANS IN 'THE CROW'

REMAKE?
I'm sure that you are already excited about the remake of famous THE CROW movie from 90's which is currently being shot in USA with charismatic Welsh star Luke Evans in the lead role. To add to that excitement here's a spicy piece of news: according to some rumours THE WALKING DEAD crossbow wielding zombie slayer Daryl might join the movie since Norman Reedus is allegedly currently in talks to join the cast. To be directed by F. Javier Gutierrez, the remake will see Luke Evans playing rock star Eric Draven, who was killed alongside his fiancée and then comes back from the grave to avenge his own death. Luke Evans, who has just finished shooting DRACULA epic, is currently undergoing physical training for the role. You will watch him as Bard the Bowman next month in THE HOBBIT THE DESOLATION OF SMAUG.


THE TEN COMMANDMENTS
NEW BIBLICAL MINI TV SERIES
In television news this Monday, WGN America is preparing new mini series: according to 'Deadline' they will turn THE TEN COMMANDMENTS into a ten part event series with the idea of each episode being directed by another famous Hollywood filmmaker. 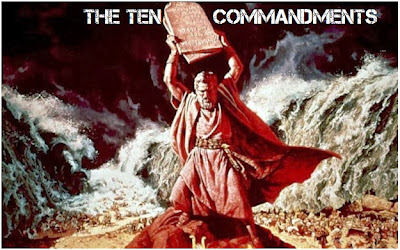 The Ten Commandments, or the Decalogue, feature a set of biblical principles delivered by God to Moses that include prohibitions against idolatry, blasphemy, murder, theft, dishonesty, and adultery. 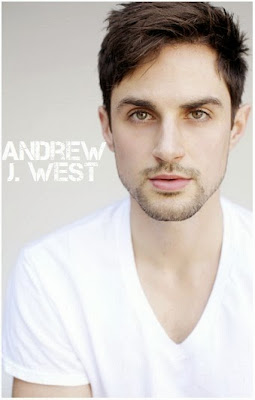 And speaking of THE WALKING DEAD, how do you like the fourth season so far? I'm kinda missing the sudden twists and unexpected shocking surprises which were much more present in previous runs of the zombie show. The latest update from the show is that young Andrew J. West has been cast and will take a significant role with a large presence in the second part of the fourth season which airs from February after the break. He will play a character named Gareth, who is a changed version of a character from the comic books and might get a regular presence in the story later on.
Posted by DEZMOND at 11:59 PM