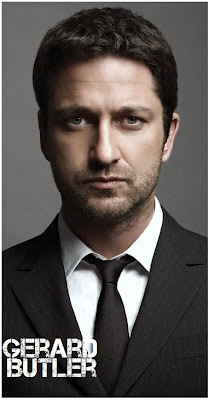 RARD BUTLER & VIN DIESEL
Now, this is certainly an uber cool possible tandem: 'The Hollywood Reporter' writes that Gerard Butler and Vin Diesel could take the lead roles in the movie adaptation of video game KANE & LYNCH to be directed by F. Gary Gray who already worked with Butler on LAW ABIDING CITIZEN. The game follows Kane (Butler), a death row inmate who, along with a schizophrenic killer named Lynch (Diesel), is sprung from prison to retrieve a stolen fortune. Kane travels to Los Angeles, Japan and Cuba, with Lynch acting as the team's watchdog in order to save his wife and daughter. As you know, before that Gerard has to finish GOD OF EGYPT historical epic in which he plays an ancient and very evil God. 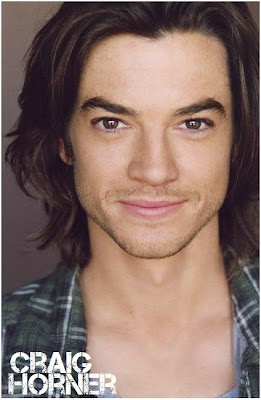 HINDSIGHT! 'Deadline' reports that the show centres on Becca (Laura Ramsey) who, as she nears 40, is about to embark on her second wedding, but her joy is tempered by the absence of her old best friend Lolly (Sarah Goldberg) who’s a no-show, having dropped out of their relationship years ago. As Becca mulls over her past with Lolly and the mishap of her marriage to her first husband, Sean (Craig Horner), she wakes up on her wedding day and discovers that it’s 15 years in the past – she’s about to marry Sean, her own parents are still married, and Lolly is still in her life. Becca must now decide to either go ahead

with her marriage to Sean and watch the years play out as they have before, or chuck it all and try for a re-do of the history of her life that’s still in the future.

CRAIG PARKER IN 'SLEEPY HOLLOW'
It is interesting that another LEGEND OF THE SEEKER star can currently be seen on the small screens! Brilliantly charismatic Craig Parker (whom we also watched as Roman general in SPARTACUS and as Elven general Haldir in LORD OF THE RINGS) has just appeared in the latest episode of SLEEPY HOLLOW playing Colonel Tarleton!

'THE LOTTERY' DYSTOPIAN SHOW
WIN A BABY AT THE LOTTERY!
Another rather unusual show will be seen over at Lifetime. They're preparing a pilot for THE LOTTERY,  conspiracy thriller set in a world where women have stopped having children threatening extinction of the human race. When 100 embryos are successfully fertilized, 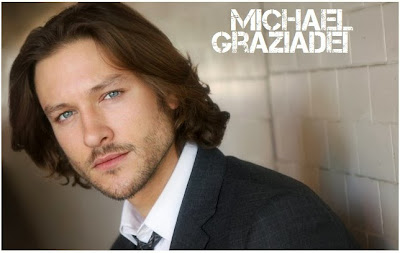 a national lottery is held to decide the surrogates. Michael Graziadei (AMERICAN HORROR STORY) is playing a recovering alcoholic and single father of one of the last children born in the country. Lesley Ann Brandt (SPARTACUS) will be a soldier longing for a child who jumps at the shot at being a surrogate by participating in the lottery. Louise Lombard is playing a formerly free-spirited artist who is now a member of the Washington power elite, an accomplished writer and spinmeister who has the ear of the president.
Posted by DEZMOND at 11:55 PM