'BEOWULF' EPIC DRAMA SERIES
The main television news for today comes from 'Deadline' where they report about SyFy preparing BEOWULF television show! With SyFy moving into fantasy adventure waters with this project, the drama series will be an adaptation of the classic Old English epic poem that further examines the ancient hero’s rise to power and his feud with the dragon monster Grendel.

DEZZY'S LITERATURE LESSON
Although it is deemed as one of the most important works of Anglo Saxon literature,  this Old English epic poem (written by an anonymous poet sometime between the 8th and the early 11th century) went almost unnoticed for the first seven centuries of its existence. It was first published and started to be studied only in the 19th century!

DANGEROUS LIAISONS
TO BE MADE INTO BBC SERIES 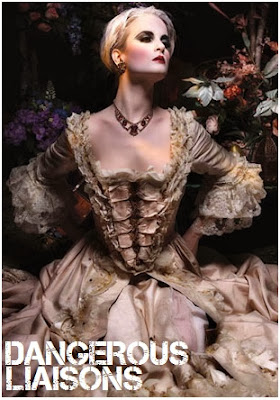 In other television news, it seems that BBC will adapt famous novel DANGEROUS LIAISONS by Choderlos de Laclos into a television drama series. It will be done by Christopher Hampton who has earlier adapted the novel into a play and then also into the famous movie with John Malkovich and Glenn Close. The interesting twist is that he will incorporate some other 18th century French literary characters into the story. DANGEROUS LIAISONS follows the twisted games played by ex-lovers and rivals Marquise de Merteuil and the Vicomte de Valmont, who use sex in order to humiliate others. 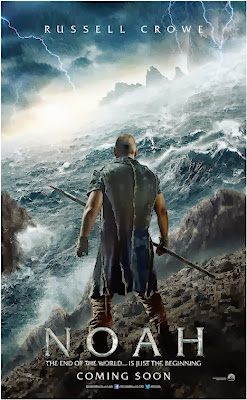 ARK
And as I've announced earlier this week, here is the first trailer released for Russell Crowe's upcoming epic drama NOAH which should arrive into cinemas next March. Directed by Darren Aronofsky this biblical epic retells the story of Noah, an ordinary man who has a divine vision foretelling the apocalypse, and tries to warn people to cease their mistreatment of the Earth. Noah (Russell Crowe), his wife (Jennifer Connelly), his grandfather Methuselah (Anthony Hopkins) and his children (Logan Lerman and Douglas Booth) become the sole survivors of a titanic flood, and are left to fend for themselves in the wilderness.
Posted by DEZMOND at 11:58 PM