Television star Aaron Paul is quickly moving onto the big screens and his latest gig is a role in FATHERS AND DAUGHTERS drama next to Russell Crowe and Amanda Seyfried. The story is set in two different time periods, 25 years apart, in New York City. Russell Crowe plays a famous novelist who is struggling to raise his five-year-old daughter while battling with his own mental illness. Amanda Seyfried is playing the adult daughter in present-day Manhattan, who is still coming to grips with her troubled childhood. Aaron is currently shooting Ridley Scott's epic EXODUS set in Ancient Egypt in which he plays Joshua next to Christian Bale as Moses, Joel Edgerton as Pharaoh Ramses and Sigourney Weaver and John Turturro as pharaoh's parents. 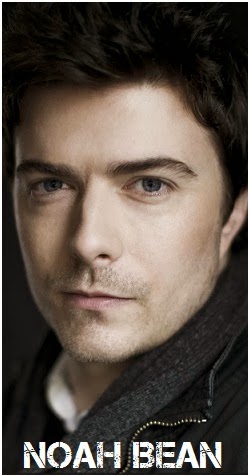 Deadline reports that the third lead actor has been cast for 12 MONKEYS sf show, the small screen adaptation of the famous movie with Bruce Willis, Madeleine Stove and Brad Pitt. The story follows the journey of Cole (NIKITA's Aaron Stanford), a desperate and haunted time traveller from the post apocalyptic near future who appears in present day on a mission to locate and eradicate the source of a deadly plague that will eventually decimate the human race. Amanda Schull will play Cassandra Railly, a brilliant doctor who is forced to choose between her idyllic life or joining Cole’s mission to uncover the dangerous conspiracy. They are now joined by another NIKITA star Noah Bean who will play the role that was done by Bruce Willis in the film.

SHOW
Another science fiction series to come to us next year has also found its lead star: I have already informed you that Lifetime is preparing their sf show THE LOTTERY and now 'Deadline' writes that Marley Shelton will lead the cast in the dystopian thriller.  The story is set in a world where women have stopped having children, threatening extinction of the human race. When 100 embryos are successfully fertilized, a national lottery is held to decide the surrogates. The series centres on Dr. Alison Scott (Shelton), the brilliant fertility specialist whose breakthrough in fertilizing 100 viable eggs may have life-and-death consequences she could not have anticipated. Earlier this month, Michael Graziadei, Lesley Ann Brandt and Louise Lombard were already cast in the show.
Posted by DEZMOND at 11:59 PM