DEEPLY INSPIRING 'HEAVEN IS FOR REAL' TRAILER WITH GREG KINNEAR AND KELLY REILLY! HUGH JACKMAN AS LATIN LOVER NEXT TO GEOFFREY RUSH IN 'THE DROWSY CHAPERONE' MUSICAL MOVIE! WILL SMITH IN 'THE CITY THAT SAILED'! SHEKHAR KAPUR HELMS FX 'RASPUTIN' MINI SERIES

RUSH
If you liked Hugh Jackman's Oscar nominated singing in LES MISERABLES you might hear Aussie's voice on film again: he is apparently in negotiations to take a role in the movie adaptation of THE DROWSY CHAPERONE musical which is a spoof of 1920's musicals ! If he accepts the gig Hugh would be play playing vain Latin lover Aldolpho alongside his Australian fellow actor Geoffrey Rush’s Man in Chair. The story concerns a middle-aged, asocial musical theatre fan - the Man in Chair: as he plays the record of his favourite musical, the fictional1928 hit THE DROWSY CHAPERONE, the show comes to life on stage as he wryly comments on the music, story, and actors. Hugh Jackman has also revealed that there is a possibility of THE WOLVERINE getting a sequel in the future.

revolves around  the daughter of a New York City street magician who lives in England. She discovers a set of magical candles in a lighthouse, and her wish to be reunited with her father causes the island of Manhattan to break away and begin moving across the ocean!
SHEKHAR KAPUR TO HELM 'RASPUTIN' MINI SERIES
Meanwhile, Deadline reports that HOLLYWOOD SPY's fave director Shekhar Kapur (ELIZABETH THE GOLDEN AGE, THE FOUR FEATHERS) will helm FX mini series RASPUTIN telling the story of the Russian peasant and mystic who became an adviser to the Russian Romanov Imperial family. 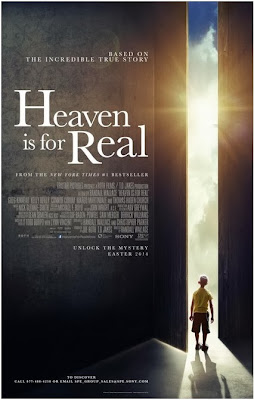 Coming to cinemas next Easter and based on best selling novel, the film stars Greg Kinnear and Kelly Reilly as the real-life couple whose son Colton (Connor Corum) experiences Heaven during emergency surgery. Colton recounts the details of his amazing journey with childlike innocence. He describes Heaven in vivid detail, and speaks matter-of-factly about things that happened before his birth ... things he couldn't possibly know. Todd is called upon by his congregation to explain the meaning of Colton's revelations, and he and his family are challenged to examine their faith and draw meaning from this remarkable event.
Posted by DEZMOND at 11:58 PM