EMOTIONAL 2ND TRAILER FOR 'THE RAILWAY MAN' WITH COLIN FIRTH & NICOLE KIDMAN! AARON ECKHART AS CRAZY WRITER IN 'FADE OUT'! SAMUEL L.JACKSON & MICHAEL CAINE ARE 'HARRY AND THE BUTLER'! JULIANNE MOORE TO SUFFER FROM ALZHEIMER IN 'STILL ALICE'! BRAND NEW 'THE HOBBIT THE DESOLATION OF SMAUG' POSTERS

AARON ECKHART
TO GO CRAZY IN 'FADE OUT'
Now, here's something for all of you writers among my readers :) Aaron Eckhart, whom you shall watch this January in horror I, 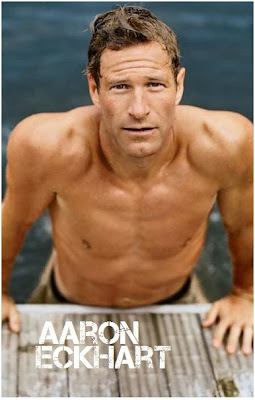 FRANKENSTEIN, has taken the lead role in FADE OUT. He will play screenwriter Jim Connelly, who is recovering from a nervous breakdown. He spends his days in a secluded villa by a tropical beach while his beautiful wife takes care of him. He starts working on a new screenplay about a jealous husband who murders his unfaithful wife, but his intense paranoia and hallucinations cause fiction and reality to blur. As the events in Jim's screenplay appear to materialize, he becomes a suspect in his own wife's disappearance and must outrun the police as he pieces together the puzzle seemingly designed by his very own mind.

L.JACKSON
This one sounds delightful too: The Hollywood Reporter writes that Michael Caine and Samuel L. Jackson have joined HARRY AND THE BUTLER, a film in which Jackson plays a derelict rollercoaster mechanic and former jazz star, who lives in a converted train caboose in New Orleans. However, he unexpectedly inherits a large amount of money, and decides to drunkenly hire an unlucky British butler (Caine).
JULIANNE MOORE IS 'STILL ALICE'
Troubles of mature age will be seen in STILL ALICE too, in which Julianne Moore will play Alice Howland, a 50-year-old Harvard psychology professor at the height of her career who begins to notice lapses in her memory. With a diagnosis of early onset Alzheimer's, the fiercely independent woman must come to terms with her diagnosis and the ways in which it will change her life.


SECOND RAILWAY MAN TRAILER
COLIN FIRTH & NICOLE KIDMAN
Our trailer treat for today is the new, second one, for upcoming sweeping drama THE RAILWAY MAN which is being released this January starring Colin Firth and Nicole Kidman. Colin Firth plays Lomax, an army officer who is captured and forced to work in a 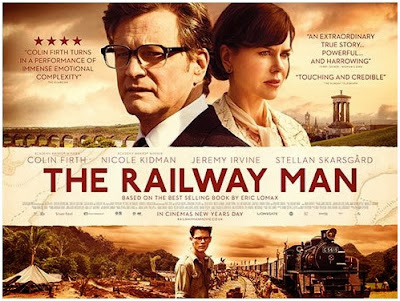 Japanese labour camp during the World War II. Decades later, Lomax discovers that the Japanese interpreter he holds responsible for much of his treatment is still alive and sets out to confront him, and his 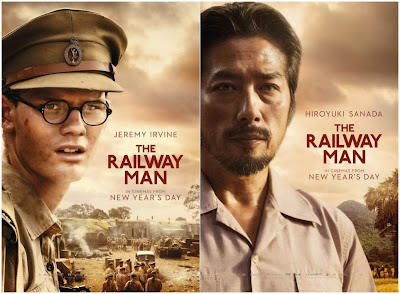 
HOLLYWOOD SPY CELEBRATES
3 MILLION VISITORS TO THE SITE!
And, people, I'm sure you've noticed that yesterday, your trusted HOLLYWOOD SPY has had his 3,000,000th visitor! Big thanks and kisses to all of you who have been visiting us for

years, both the thousands of you who comment every day and thousands of you who have us bookmarked and read us from shadows :) Also big thanks to all of the celebrities who have tweeted about us over the years and who have sent us messages! And in that honour here are brand new THE HOBBIT THE DESOLATION OF SMAUG posters! 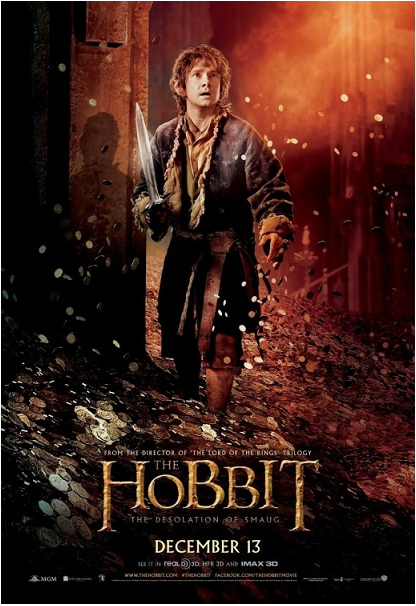 PS you can see third set of HOBBIT character photos over at HOLLYWOOD SPY official Facebook page!
Posted by DEZMOND at 11:55 PM